Editor’s Note: Guadalcanal, one of the Solomon Islands, was the site of one of the most important early battles in the Pacific during World War II. Bob Bergeron, who later lived in East Greenwich and taught math at EG High from 1971 to 1985, was among those stationed on the island in 1943, part of the successful effort to keep it out of Japanese hands.

Robert Francis Bergeron joined the U.S. Navy in the summer of 1941, after his sophomore year at Bridgewater State Teachers College. He had always wanted to fly and had been inspired by Charles Lindbergh’s flight. Bob was accepted for flight training at the Naval Aviation Cadet School at NAS Pensacola, Florida. He got his wings and was commissioned an ensign, USNR, in early 1942. He became a dive bomber pilot and flew off carriers in the war against the Japanese in the South Pacific.

“My first combat tour was on the USS Chenango, a converted oil tanker. It was smaller than the regular carriers but was a very stable platform. We left Norfolk in November 1942 and headed for the South Pacific. When we got there we were land based on Guadalcanal to relieve the Marines. It was an interesting tour.”

The problem was, with the sinking of the Hornet and other carriers, there were only five carriers left in the Pacific Fleet, and they had to be kept out of the range of the Japanese. So Bob’s squadron (VC-28) and others from the Chenango were moved to Henderson Field on Guadalcanal, from which they conducted raids against Japanese attempts to regain the island. “Most of our raids were up what was called ‘The Slot.’ We hit airfields in Munda, Bougainville and other assorted Japanese-held islands. Living conditions on Guadalcanal were primitive. We lived in tents and washed ourselves and clothes in the Lunga River. The river was muddy and our white underwear ended up a light tan. Bomb shelters were basically holes dug in the ground and topped with large coconut tree trunks. I inherited a plane from the Marines that had been shot up and crashed. After it was repaired, it flew in a perpetual skid – made it tough on my wingmen flying formation since I was pointed in one direction but the plane was flying in another. I finally picked up a new plane when we passed through Espiritu Santos. Actually, we “borrowed” it from the replacement pool on our way back to Efate. In between combat tours, we returned to the Chenango, which had stayed at Efate, and provided coverage for the convoys bringing troops and supplies to Guadalcanal.” (1) The bedroll provided as much comfort as it could. Bob used it for six months on Guadalcanal and kept it!

His squadron returned home in August 1943. Bob joined and helped train a new squadron, VB-7, which was formed in Norfolk and trained at NAS Wildwood, N.J. “After a month of leave, I reported to Norfolk, Va., and was assigned to a unit which was training new pilots just out of flight school. In December 1943 we moved to Wildwood N.J. to form Bombing Squadron Seven as a part of Carrier Air Group Seven. In January, Danny Doyle and I flew to Norfolk to pick up the first of our new SB2C’s to replace the SBD’s. They were named Helldivers, but we had a few more descriptive names, such as, “son of a B—2nd Class” and “Son of a B — with 2 Cockpits.” The name that finally stuck was simply “THE BEAST.” It was bigger and faster than the SBD and carried its bombs internally. It also had two 20 mm cannons in the wings instead of the two 50 cal guns the Dauntless had. The Helldiver was not a forgiving aircraft and a lot of pilots paid the price. On the way back to Wildwood from Norfolk, Danny’s wing folded in the air and he was killed. Danny and I had gone through Squantum, Jacksonville, Pensacola, Miami and had survived the South Pacific together. It was a tough loss. The next month, Ken Driscoll, my best friend from high school days, was flying Hellcats from a carrier in the Pacific and was shot down and never found. ‘Twas not a happy time.

“We did some intensive training at Wildwood and went aboard the USS Hancock, an Essex class carrier, in June for a shakedown cruise to Trinidad, S.A. After that, it was back through the Panama canal to the Pacific. In the year I was back in the States, the war had progressed from the South Pacific, where we had three small carriers and only about two large ones still operating, to the Philippines with hundreds of ships of all kinds. When we pulled into Ulithi Harbor, I couldn’t believe the number of ships I saw.

“The Hancock was assigned to the Third Fleet under Admiral ‘Bull’ Halsey. I served under him in the South Pacific also. We had four task groups, each with three or four carriers, battleships, cruisers and, of course, many destroyers. It was truly amazing what the American people had done in such a short period to build and man all these ships.“

In January of 1945 the Hancock was damaged and sent to Ulithi for repairs. Bob’s tour was over and he went home to train fighter pilots in Jacksonville. He took the bedroll with him and it became part of the family household. For his service in the South Pacific he was awarded six Air Medals and three Distinguished Flying Crosses. Bob was my dad.

When I was in the fifth grade in Monterey, Calif., Dad was attending the Naval Line School and I joined the Boy Scouts. I needed a bedroll for my first camping trip. Dad gave me his. Over the years I took it on many camping trips. When we were in transitional housing waiting for quarters, I slept on the floor with it for three months in Waianae, Hawaii. It’s olive drab, stenciled with “USN,” and filled with down. One of the problems with it is that if you actually sleep in it, you get up covered with feathers. It is covered with the stitch-marks of many repairs, made by Mom on her sewing machine, and it once had oil stains from a gun emplacement where I camped at Barbers Point. We camped on beaches, at Barber’s Point with Dad, at Makaha under the stars with my scout troop, and many other places. I camped in New Jersey in the winter, temperature seven degrees, with my son Bob when I was assistant scoutmaster. I appreciated its warmth then, and got up covered with feathers. 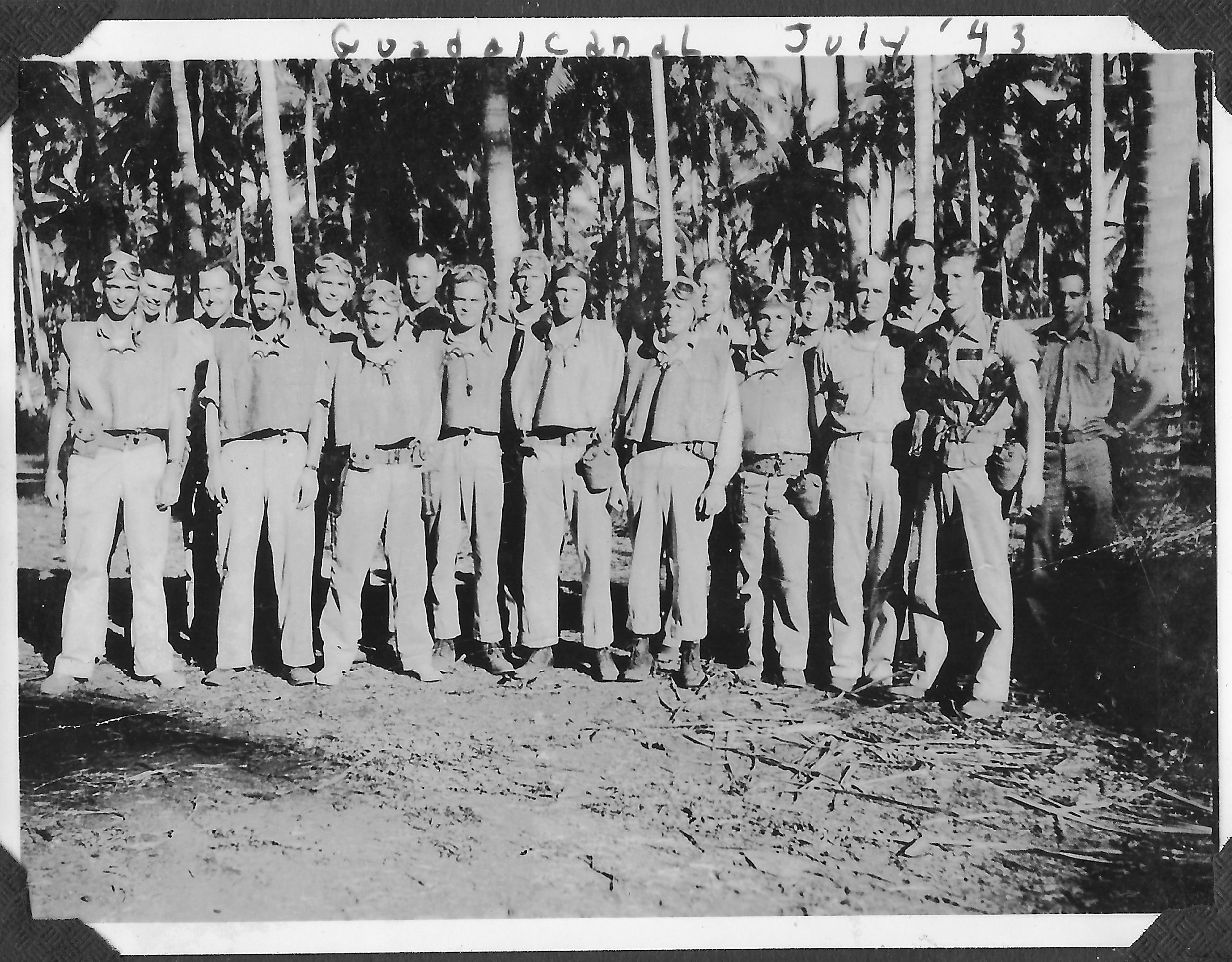 Bob’s squadron (VC-28) at Henderson Field on Guadalcanal in July 1943. Bob Bergeron gets his first air medal, in Norfolk, Va., in November 1943. 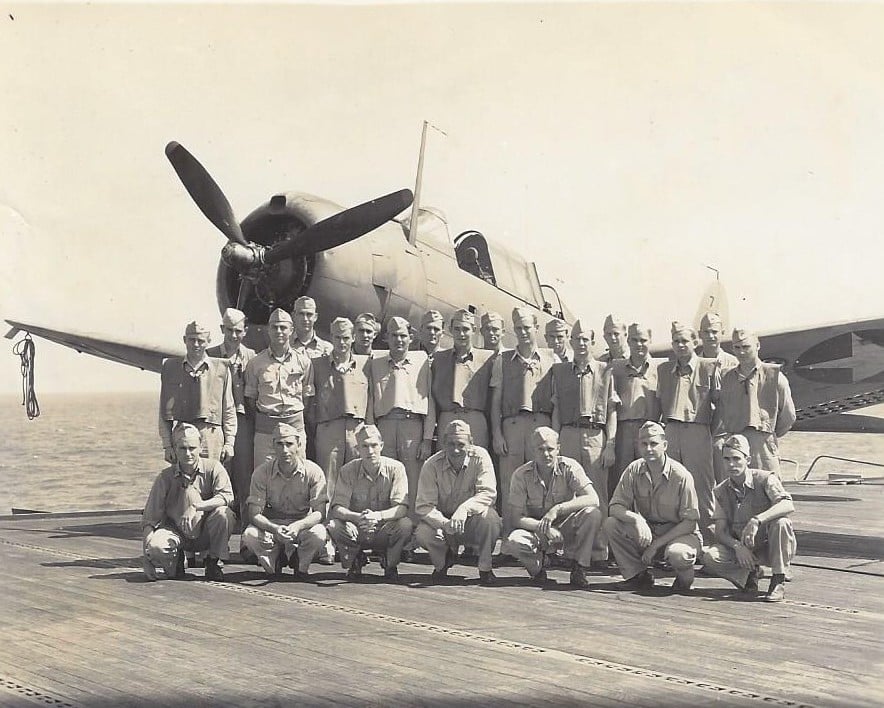 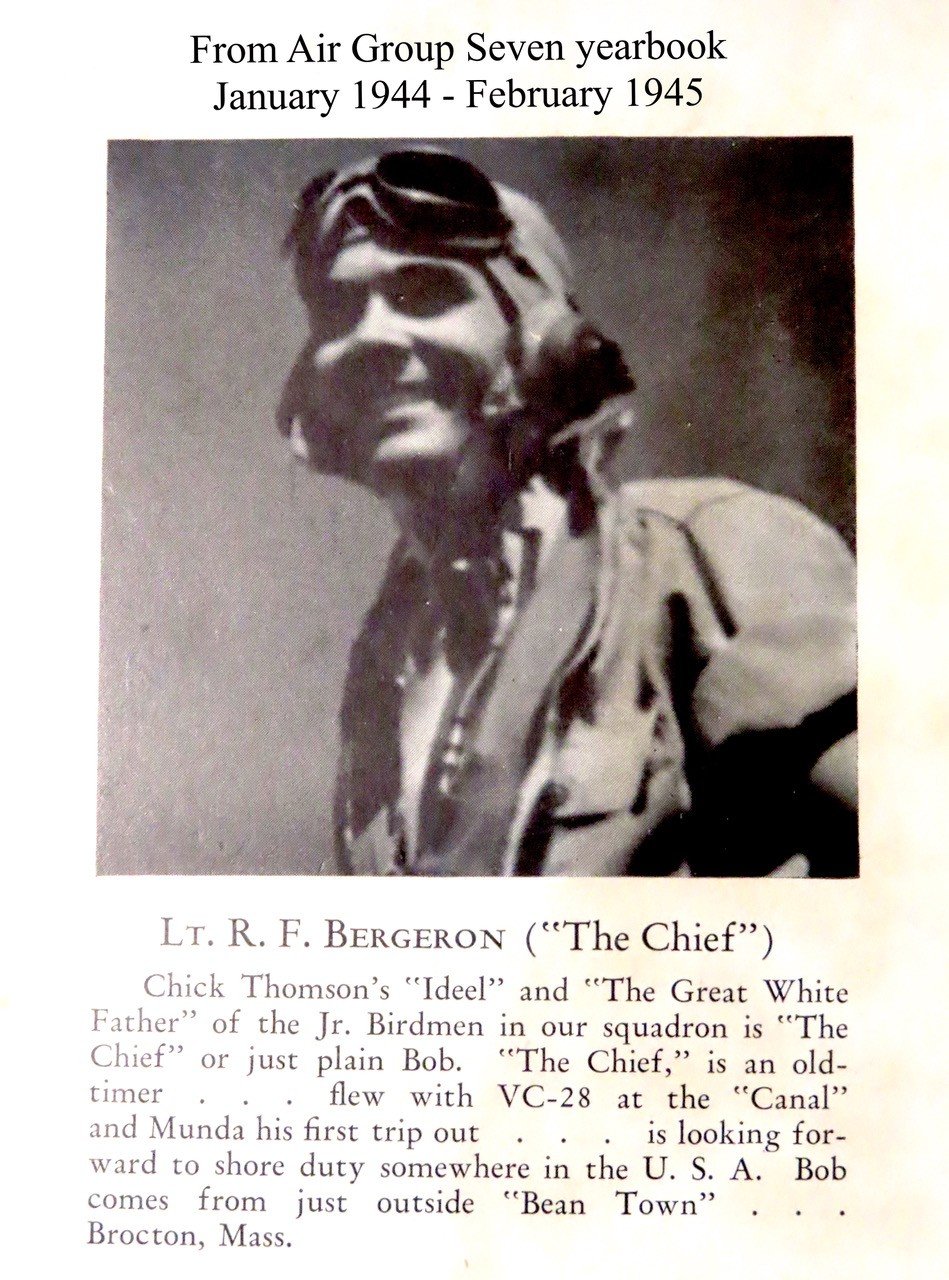 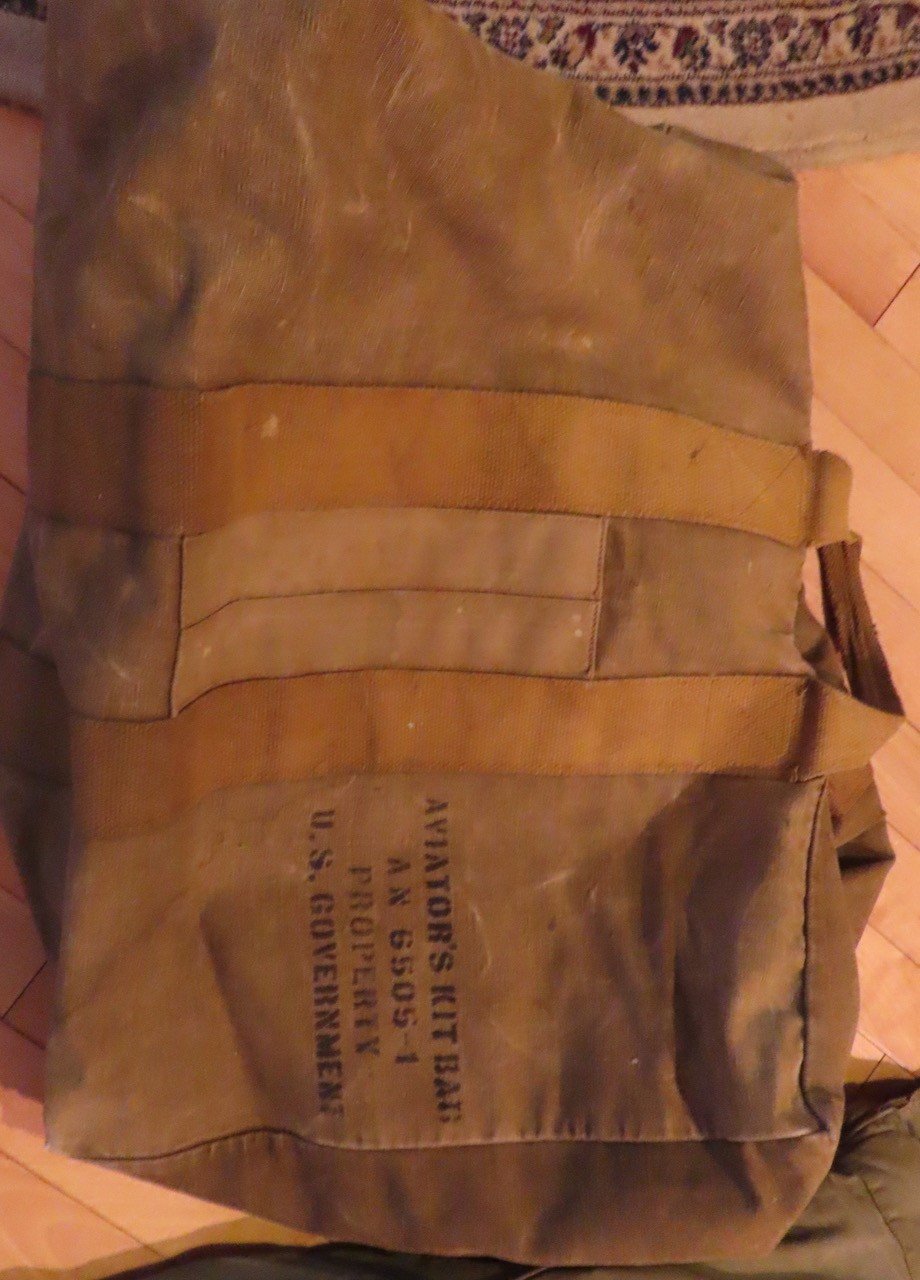 The USN aviation kit bag that held the (famous) bedroll. 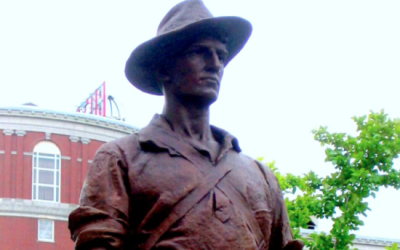 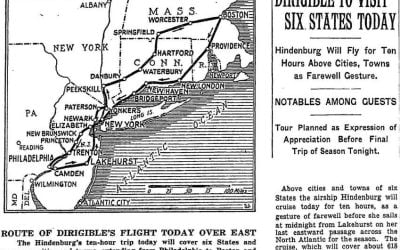 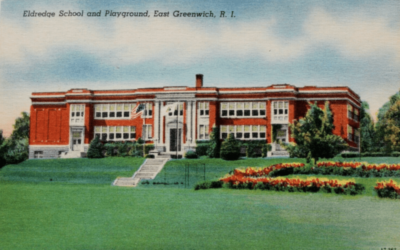 By Glenn King This is another of Glenn King’s articles about “his” East Greenwich, the East...