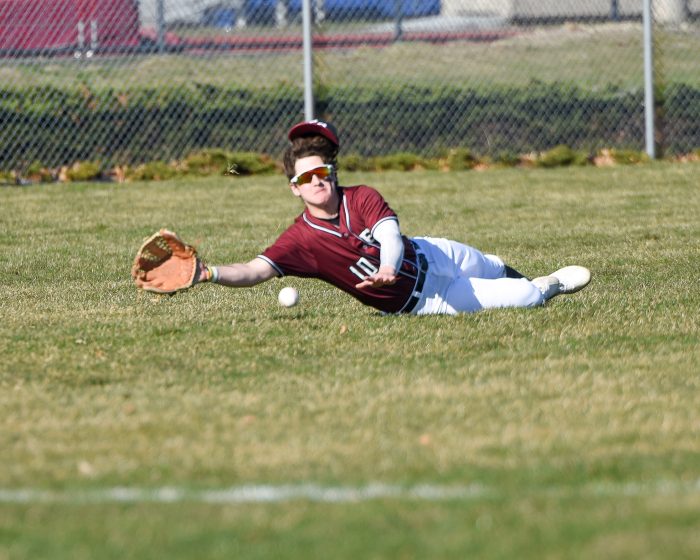 Above: Corey Szabo lays out for a hotshot to left. Photos by Chuck Nadeau (chuckn.com).

So, we welcome back the Boys of Baseball for another season of America’s favorite sport. EG played Westerly High. Unfortunately, the Avengers came out on the short end of the bat, 4-0.

It wasn’t a league game so you expect the coach to be trying different lineups, but it still hurts and a shutout to boot. It started slow but picked up speed when Westerly scored one in the second inning.

Not to say that EG didn’t have chances. I’m not sure how many men they left on, but I know that in one inning, they left the bases loaded.

The final was 4 to 0, Westerly. The first league game is on Monday at Toll Gate high school.

Oh, the bright spot was that it was the injury fund game and when Coach O’Connell had players pass the hat for donations, he sent an extra player to the Westerly stands. “That’s where the money is.” He said.

When they came back from collecting, one of the players was holding up a nice, new one hundred dollar bill. So, the coach was right and the injury fund had a great start from a generous donor. 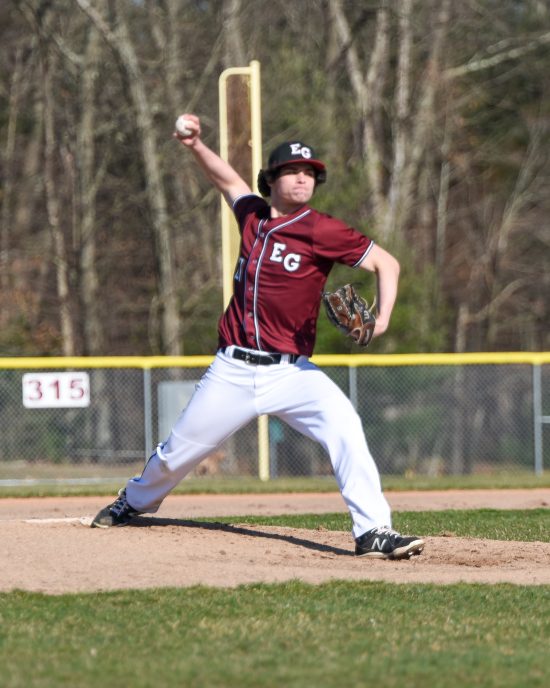 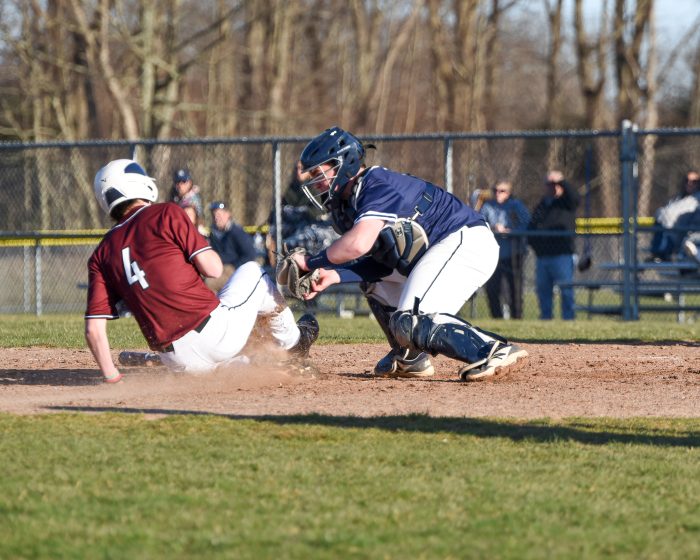 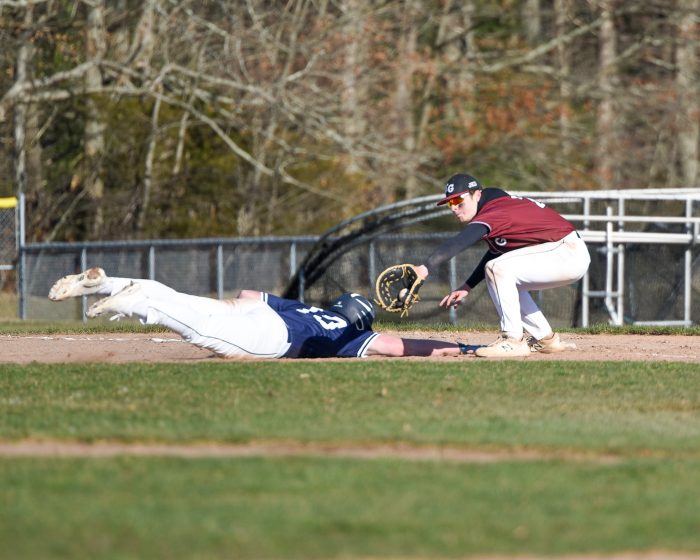 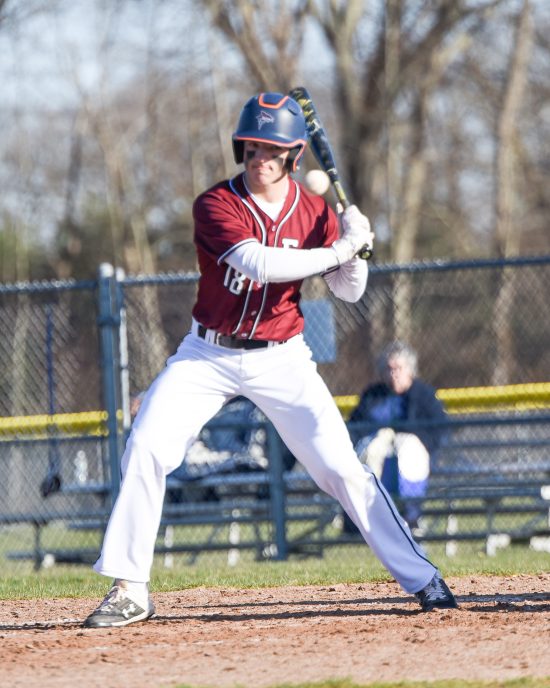 Cade Thomas has his eye on a high pitch. 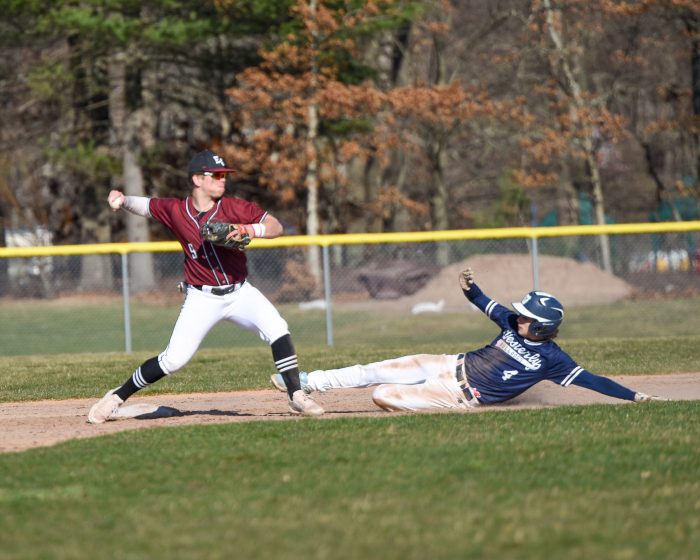 Parke Hardesky makes the turn on a double play.