Avengers Advance to DII Semis With Win Over Islanders 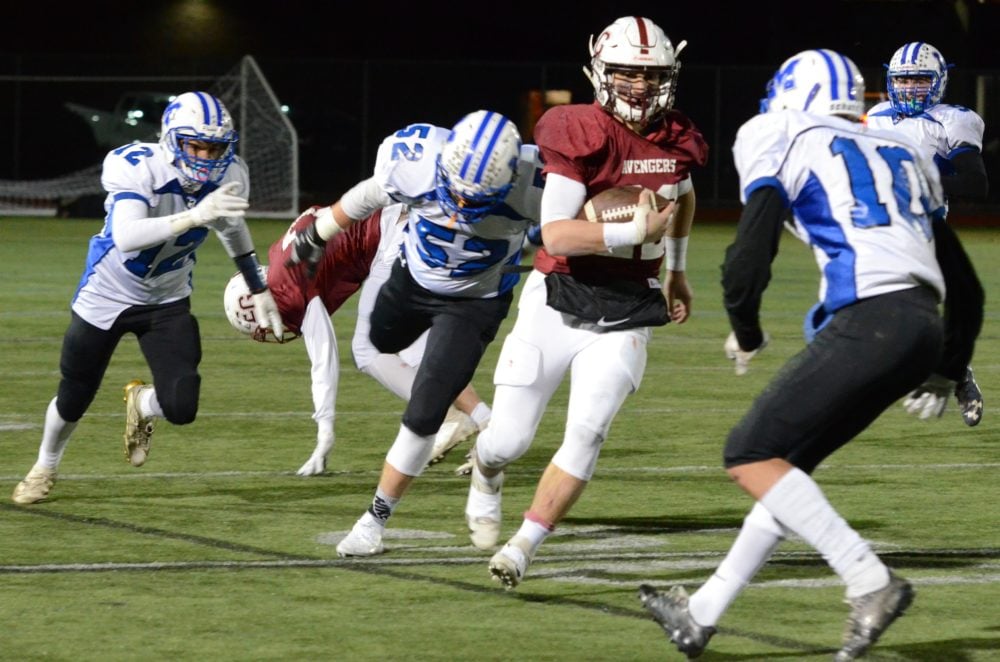 Text and photos by Mary MacIntosh

Heading into the quarter-finals undefeated, it was a switch-up to see EGHS’s varsity football team have to fight to the finish against the Islanders tonight, finally beating Middletown 34-26.

Electing to receive after winning the toss, the Avengers were unable to score on their first drive. EG ended up scoring twice in the first quarter, missing one point after attempt. Middletown picked up steam, scoring once each in the second and third quarters.

The teams were tied 20-20 a few minutes into the fourth quarter and at that point it was anyone’s guess as to which team would prevail. EG’s fans and the sideline stuck with the team despite the frigid temps, cheering on the Avengers as they battled to their final 34-26 win.

EG will face division-rival Woonsocket in the semi-finals Friday, (Nov. 15) on Carcieri Field. The Villa Novans had a decisive 33-15 win over Westerly tonight and beat the Avengers at the DII Superbowl last year.  It’s sure to be a great match-up and fans are encouraged to come out in support of the Avengers! 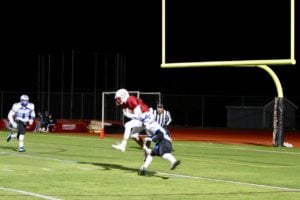 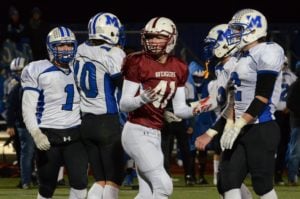 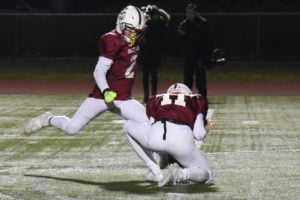 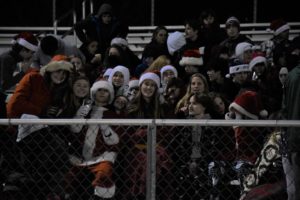 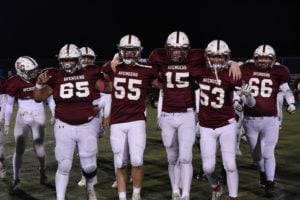