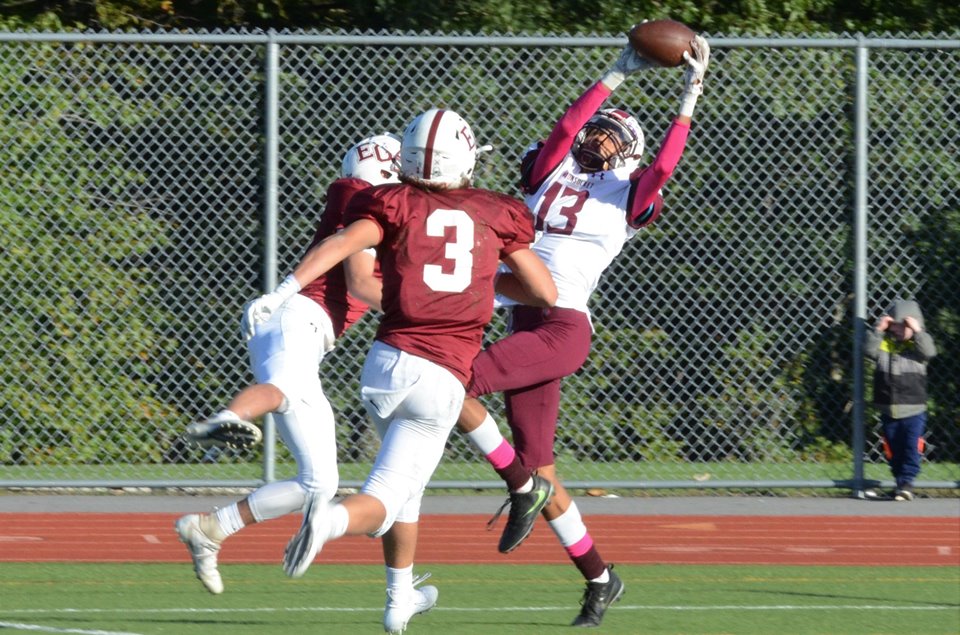 Photos and Story by Mary MacIntosh

Fans bundled up against a chilly wind at this afternoon’s varsity football game where the Avengers hosted the Woonsocket Villa Novans. EG came on strong, scoring minutes into the game, followed by two EG touchdowns in the second quarter. Woonsocket came back at the end of the second quarter with two touchdowns in quick succession with the Avengers still up 21-13 at the half. Although Woonsocket scored again in the third quarter, East Greenwich locked in the win with three additional scoring drives before wrapping up with a 41-19 win.

The JV team travels to Woonsocket Monday for a 4 p.m. kickoff, while varsity is scheduled to face Newport at home Friday, Oct. 11, at 7 p.m. Keep an eye on the RIIL site for EEE smart scheduling changes. 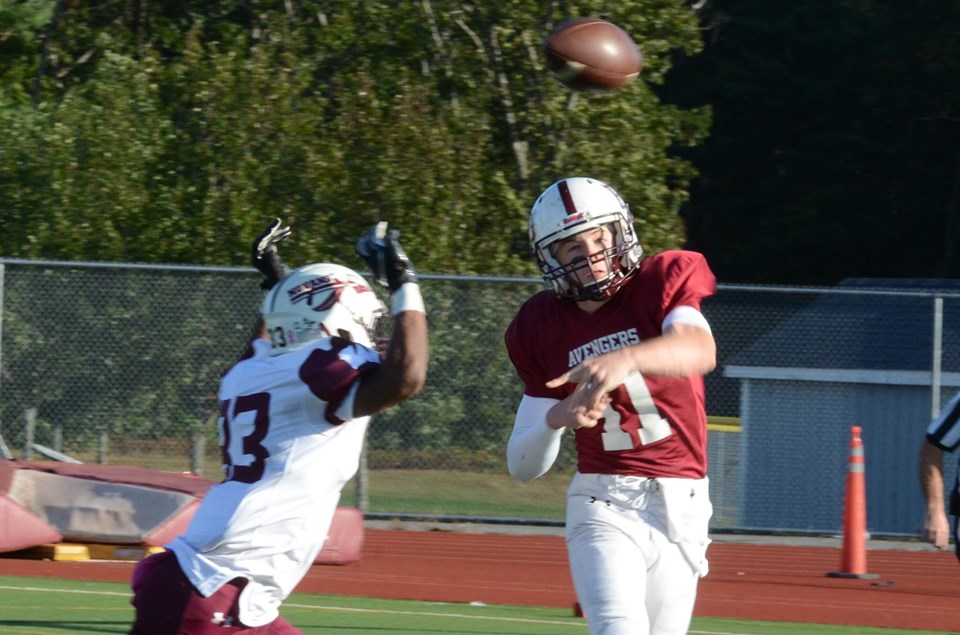 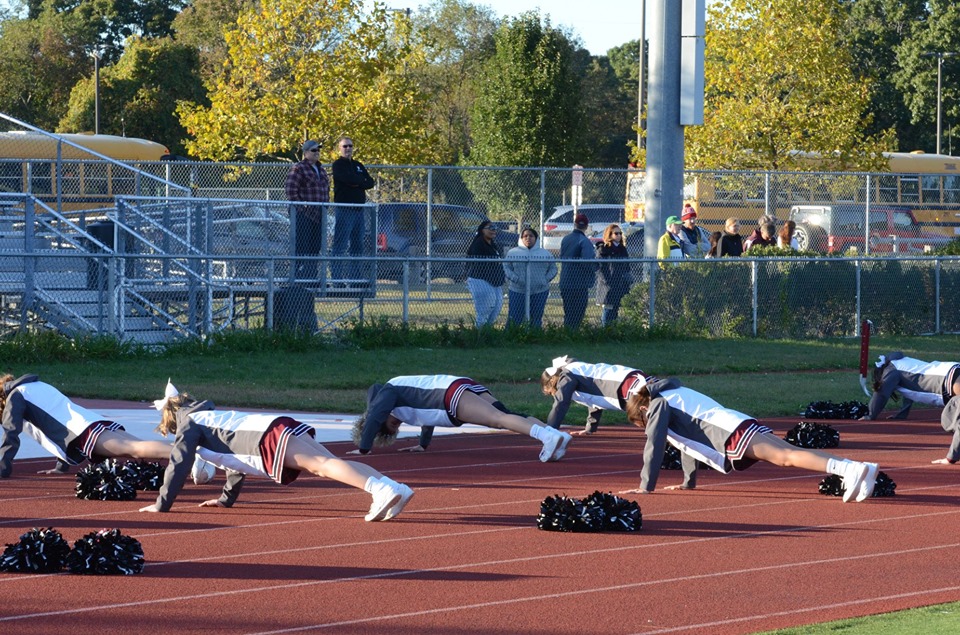