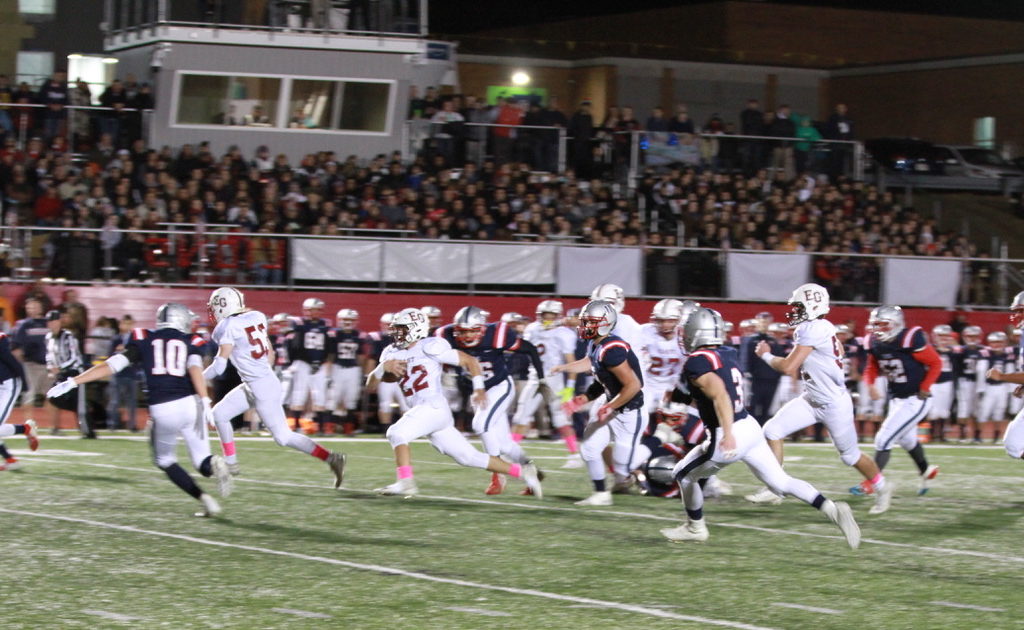 Scoring started early when the Avengers picked up a Lion fumble on the opening kickoff and used their first drive to score a touchdown. EG scored every time it had the ball during the first half, racking up 39 points. Lincoln found the end zone twice during the first half. Each team scored once in the third quarter, with no scoring in the final quarter.

The Avengers next game is against West Warwick at Carcieri Field, Friday, Oct. 25. 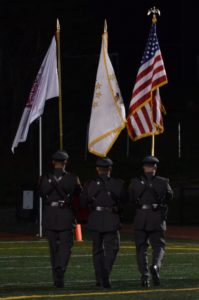 The game included a Salute for Service. Credit: Stephen MacIntosh