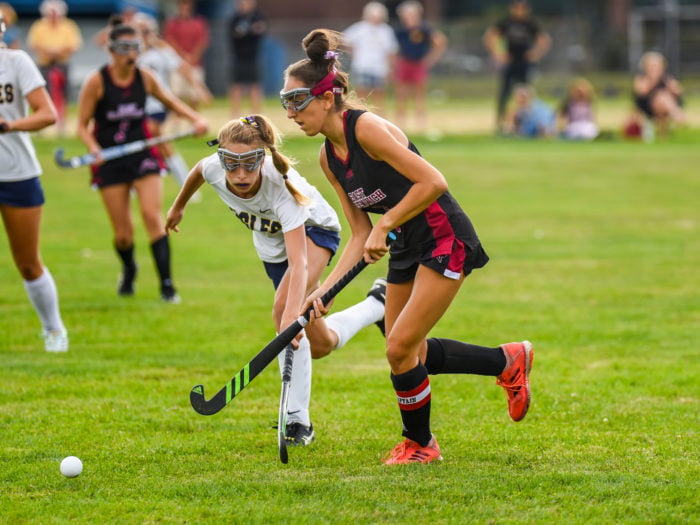 Above: Avenger Lola Balkcom carries the ball. Balkcom scored the only goal for the Avengers Wednesday.

The Avengers lost to the Barrington Eagles, 2-1, Wednesday, their first league game. Playing the first game of the season on the Eagles’ home turf was not on the Avengers’ wish list. That’s because Barrington is the only school in D-1 that doesn’t have a turf field – playing on grass is different.

Still, the teams were well matched and EG come up with the only goal in the first half with a score by Lola Balkcom. The third quarter was just a back and forth and everything came down to the final four minutes of the fourth quarter, when Barrington scored on a penalty shot into the upper left of the net by Viv Mueller. Then about a minute later, Peyton Whittet scored the winning goal for the Eagles.

EG put the press on for the last three minutes but couldn’t score to tie the game. A scrimmage for the ball in front of Barrington’s net. 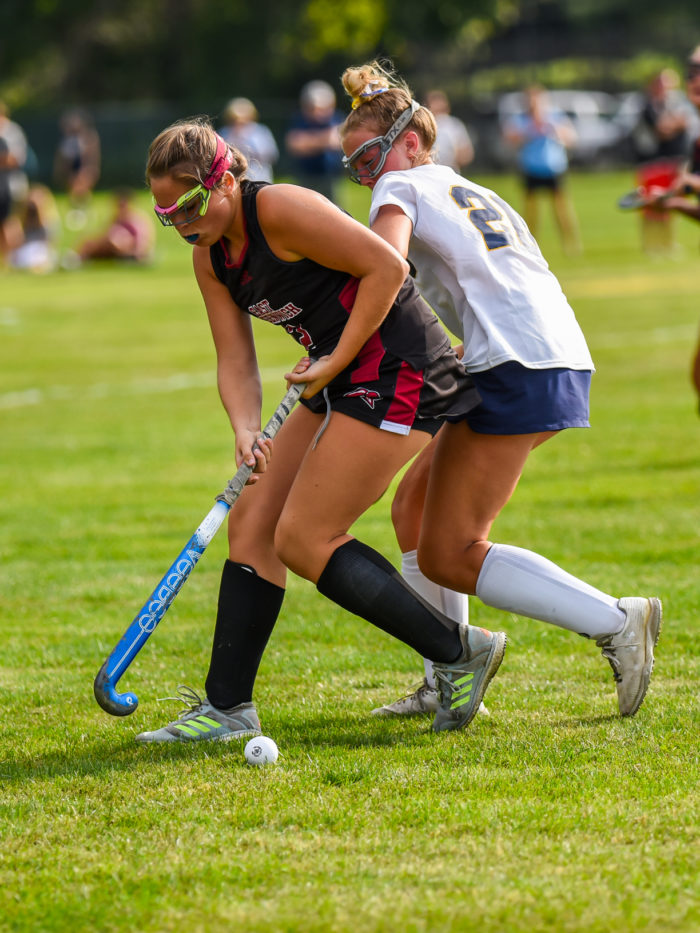 EG’s Jillian Prior keeping the player behind her. 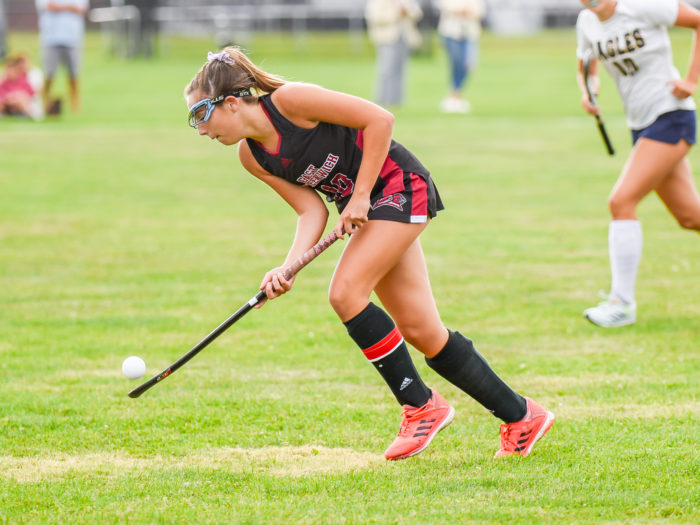 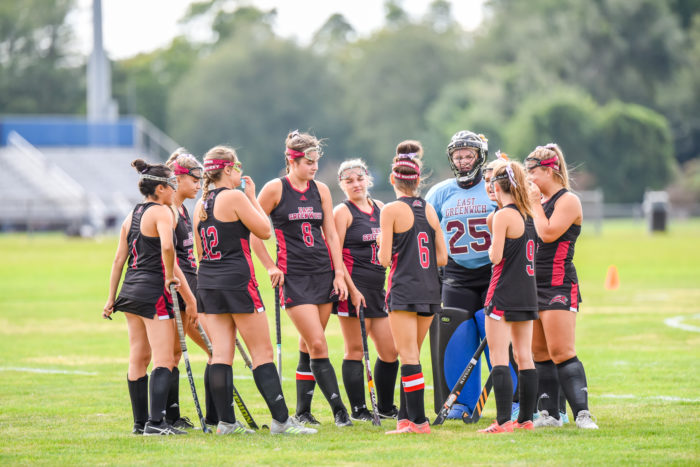 Avenger pow-wow before the game.