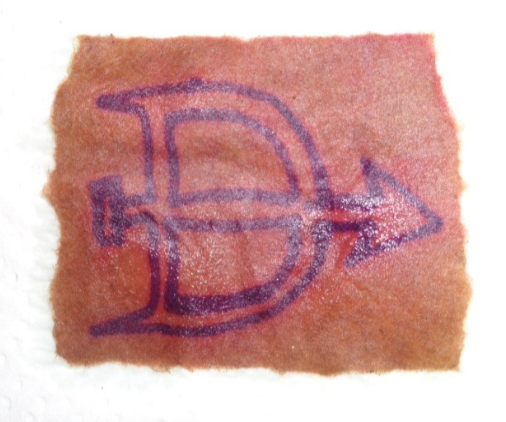 The RISPCA is asking anyone with information to contact them 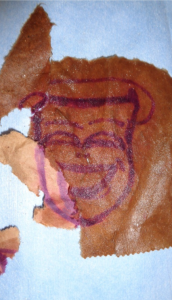 Another picture found in the bag with the animal heads.

Upon examination, it was confirmed that the bag contained an animal head that was consistent with a calf’s head and also contained several rooster heads, a lamb head and a kid goat head along with grains and colored materials associated with previous animal sacrifice investigations. It is believed that animal remains that were found were from animals that were sacrificed as part of a religious ritual. Furthermore, two hand drawn pictures were located in the bag.

The Rhode Island SPCA Division of Law Enforcement is seeking the public’s assistance in identifying these drawing and the significance of their presence with the remains. The Humane Society of the United States has previously offered a reward of up to $5,000 for information leading to the arrest and conviction of persons involved in the perpetration of animal sacrifice rituals in Rhode Island. Persons with knowledge of the significance of these drawings or with information concerning the animal remains recovered in East Greenwich on February 25th are asked to contact RISPCA Special Agent Earl Newman at (401) 438-8150 ext. 3.