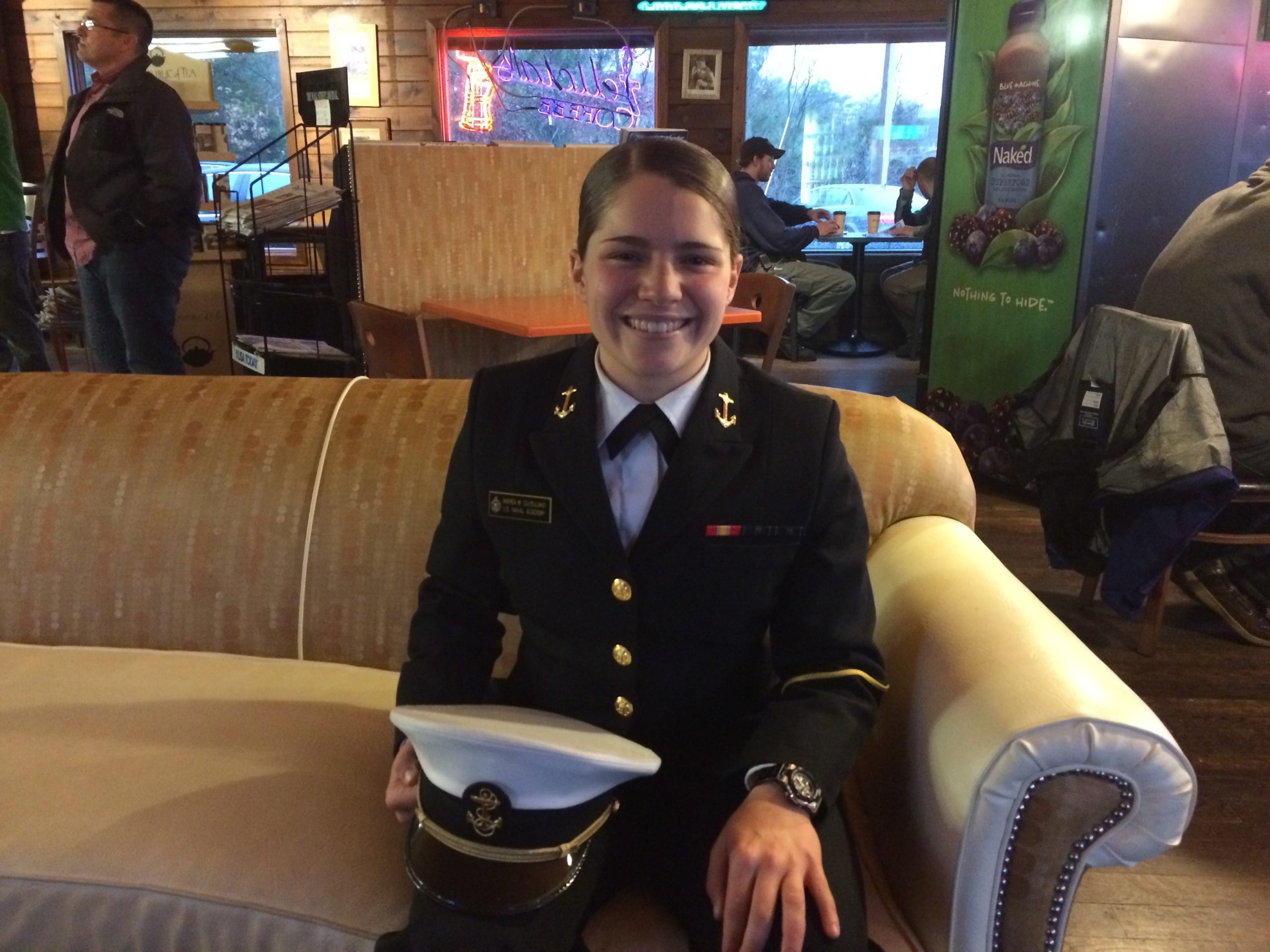 Midshipman Andie Coutoulakis first started thinking about the military as a career back as a little girl, when her father took her to the air show at Quonset.

“I noticed that the men and women in uniform stood out in some way and, even at a young age, I felt some sort of pull towards them,” she said in a recent interview.

By eighth grade, she had a plan – to apply for an Navy ROTC scholarship, attend college, then serve in the Navy. Then she heard about the U.S. Naval Sea Cadet Corps. She joined and got even more motivated. But it was something her Sea Cadet commanding officer said one day that got her thinking about trying for the Naval Academy.

“He pointed to me and said, ‘This young woman is going to go to the Naval Academy one day,'” she recalled.

Of course, it’s one thing to hear that. It’s quite another to make it happen. Applicants need to be nominated by the president, vice president, a senator or congressman. Coutoulakis was Sen. Sheldon Whitehouse’s primary nominee.

Coutoulakis, then a student at East Greenwich High School, was serving as class president for the third year in a row. She was a committed and hard working student with a strong recommendation. But even those things weren’t quite enough. She was required to attend a 10-month program at the Naval Academy Prep School in – conveniently enough – Newport. After that, she was in. It hasn’t been any easier as a Naval Academy student, but Coutoulakis loves it.

“The best thing about being in the Naval Academy is being challenged every day – every minute of the day,” she said.

In addition to classes, to her schedule includes hockey practice, homework and travel on weekends for hockey games.

“There is so much pressure to do well and I love that,” she said. “I find the challenges of the academy to be rewarding if I do well and a learning opportunity if I fail.”

She plans to enter the U.S. Marine Corps as a second lieutenant upon graduation. An English major, she said she would be keeping her options open job-wise as a Marine.

“I want to be a Marine first, and everything else will fall into place,” she said.