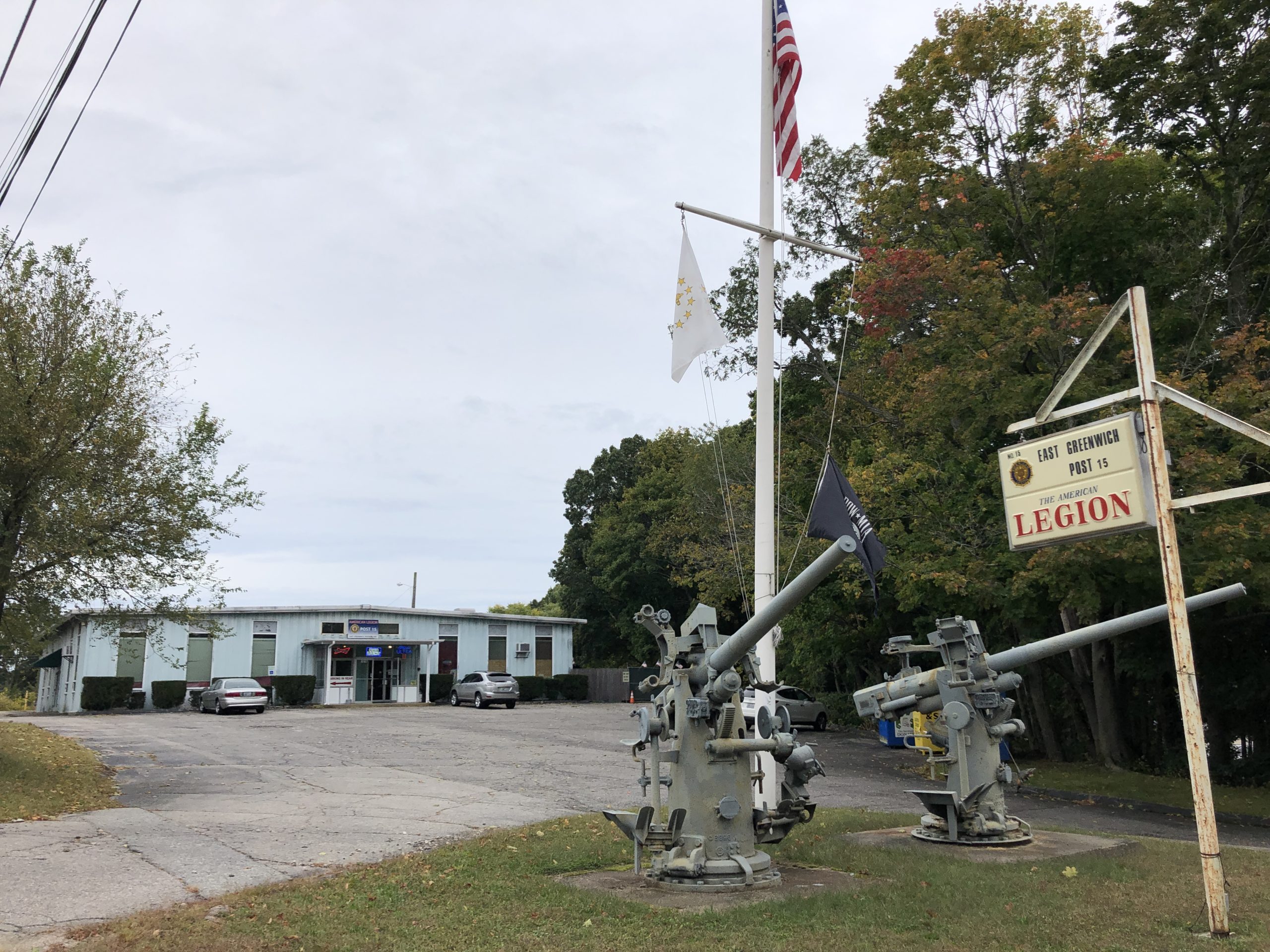 Friday night is Poker Night at American Legion Post 15 on Main Street and John Bruskie was there Friday, Sept. 6, playing cards, along with his wife, Barbara Trojan, a school bus driver who sat at the bar that night, drinking beer.

Bruskie, a car mechanic, was a regular at the Friday night poker game, according to legion members.

They left around midnight, each in their own cars. Minutes later, Trojan turned her car onto Frenchtown Road, the shortest distance to her house on School Street in North Kingstown. Just east of Davisville Road, Trojan made a left turn into the eastbound traffic lane and broadsided a car driven by Donna Daniels, causing that car to flip and roll over, landing on its side, injuring everyone in the car, including Donna’s sister Patty Daniels, 46, who later died of her injuries.

Perhaps Trojan had misjudged where she was – her route home would have had her turning left onto Davisville Road, which intersects with School Street. Results of a blood test taken at the hospital after the accident and seized by EG police, came back three weeks later, showing her blood alcohol level to be .225 percent, nearly three times the legal limit of .08 percent. Trojan, 60, was arrested Oct. 2 and charged with three felonies, including DUI with death resulting.

EGPD Det. Lt. Jay Fague said the police had no plans to cite American Legion Post 14 in connection with Trojan’s actions. Surveillance video from the bar showed Trojan was there from 6:38 p.m. to 11:58 p.m. Fague said they had not yet determined how many drinks she had there, but Leo Bannister, senior vice commander of the Legion said she had had four beers and had eaten dinner while she was there.

“We have not ever had a problem until now. It’s very tragic, very tragic,” said John Holmes, commander of Post 15. “All our bartenders are TIPS trained. We don’t let them leave if we think they’ve had too much to drink.”

Holmes knew Patty Daniels. She had, in fact, worked at the Legion herself, as had her sister and one of the other passengers in the car that night, Heather Lee.

“Patty, I’m really sorry about it. I liked Patty and Bruce,” Holmes said, referring to Bruce Bartels, Patty’s boyfriend, who was sitting in the back seat with her. He survived but was hospitalized for several days.

The Legion has a full liquor license which will be up for renewal in November, as are all the town’s liquor licenses. Establishments seeking renewal submit their applications to the Town Clerk’s office; the Town Council determines if a license can be granted or renewed.

Council President Mark Schwager said the town would be reviewing what happened Sept. 6 with regard to the legion’s liquor license.

“It’s going to be reviewed by the manager, the police chief and the solicitor. They will give a summary of their findings to the council and the options available to the council based on their assessment,” Schwager said. “Clearly in a circumstance where you have a tragic accident, there has to be a thorough review.”

At least one resident thinks the American Legion does not deserve to keep its license. In a letter to the Town Council, James Patti wrote that if the facts of the case are accurate, “the VFW Hall has no business serving alcohol in our community ever again.”

Trojan, who has been ordered not to drive and to seek substance abuse counseling, is due back in court for felony screening Dec. 16.