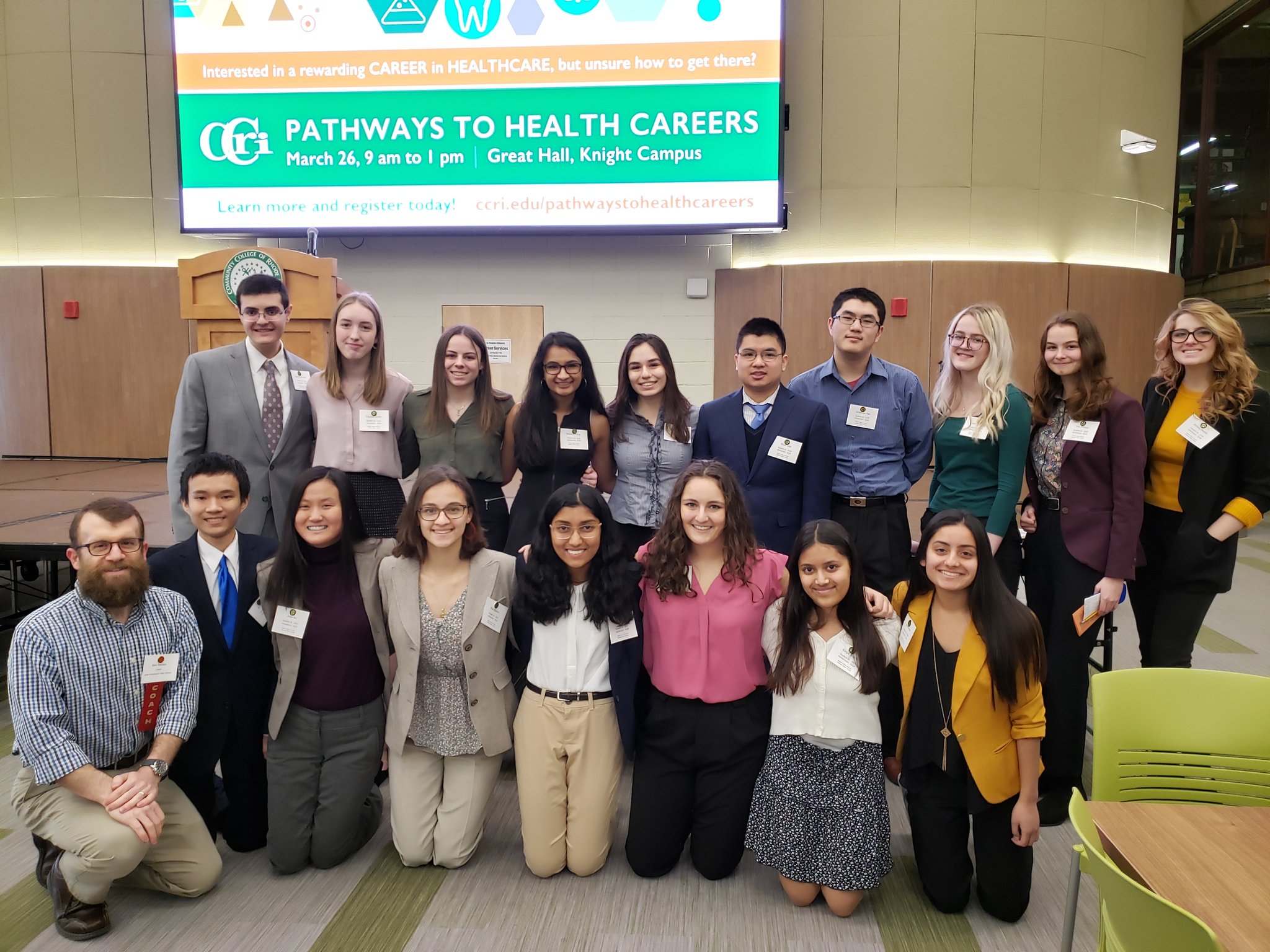 Most of us aren’t built for the Olympics. We don’t have the build, the talent, or the ethic to compete at the highest athletic level. But for those who wish to stretch the limits of our minds, we turn to the Academic Decathlon.

Less than three weeks (but another reality) ago, 18 East Greenwich High School sophomores, juniors and seniors, journeyed to CCRI’s Warwick campus with the goal of beating the perennial champions from Hendricken. Competing in 10 rounds of grueling testing, as well as an interview, an essay, and impromptu and prepared speeches, these students put up a strong showing in all categories. At the end of the day, East Greenwich finished second as a team, with multiple members reaching the podium through individual medals.

“Though the tests are taken individually, AcaDeca is a team competition,” said Kavana Girish, a senior on the team. “There’s nothing more satisfying than being able to celebrate your victories as a team.”

This success did not come without extensive preparation, however. Beginning on chilly nights in October and continuing into the windy wee hours of March, students studied extensive background guides, often 100 to 200 pages in length, with the intent of understanding every detailed concept. Any concept can be covered on the test, so competitors must memorize as much as they can.

“The toughest questions were in science and music,” said Brant Wei, another senior on the team. “There were many acronyms and technical terms.”

Agreeing with this sentiment, Girish added that “the most difficult questions were definitely ones that referenced subtle details in the guide, ones that would be easily overlooked if not read thoroughly.”

While the reward of medals is certainly alluring, both Girish and Wei alluded to the intrinsic value of AcaDeca, rather than the accolades, as their motivation for competing.

“I do AcaDeca because the sense of community that develops over the course of the season,” said Girish. “We’re all struggling to understand the intricacies of 10 different subjects and through that challenge, preparation for the competition becomes more of a collaboration.”

“I compete in the Academic Decathlon because I am interested in gaining knowledge in many different subjects,” added Wei. “I also made several friends.”

In addition to the intrinsic value of the competition, Girish also noticed how it differed from many other high school duels of intelligence.

“The rigor and comprehensiveness of AcaDeca sets it apart from other extracurriculars that may be similar,” said Girish. “The competition is designed to test all aspects of a student’s capabilities.”

Added Wei: “It is also unique in that its theme changes every year and that students compete against other students at the same ability level.”

Congratulations to all competitors!