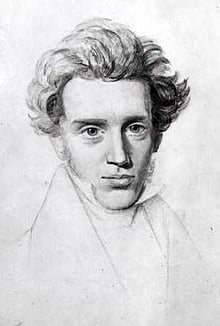 My previous two articles attempted to convey a message that philosophy and history are subjects we should pay more attention to. In addition, emphasis was placed on how these two disciplines seek to ask why’s, as well as, how they offer an opportunity for reflection and social mooring. This week I’ll offer one last discipline, or area, that is often overlooked, which is spirituality.

As mankind has gained more knowledge of the sciences and technology, much of that which was once unknown has now become understood (even though we have light years to go). No longer do we believe that Zeus is hurling lightning bolts toward the Earth; no longer do we believe that the earth is the center of the universe. And, no longer do we expect to fall off the planet when traveling across the seas. Gaining knowledge has allowed us to put a man on the moon, cure illnesses and transfer information at amazing speeds. Because of this expanded knowledge base, things like religion and spirituality have been placed on the back burners (by many). Nietzsche told us that God was dead. Karl Marx viewed religion as the “opium of the people”. To top things off, the field of psychology had Carl Jung move aside for B.F. Skinner and the ensuing behavioral movement(s). In many ways spirituality has long been relegated to karate dojos, AA/NA meetings, yoga studios, some places of worship, grief counselors and non-traditional therapists. One was more likely to discuss such things on a date beneath the stars than in school or psychiatrist’s office.

Part of the problem is that we’ve often confused and mixed spirituality with religion. For certain, there is overlap, but spirituality is broader than religion. Some devout religious folk often view spirituality as wishy-washy, while on the other hand the spirituality people sometimes consider religion closed-minded and dogmatic. Despite all of this, human beings have been asking questions about God, life after death, good vs. evil, our purpose, and the meaning of life for years. Even though we argue over such matters, most of us reflect on these concerns from time to time.

Spirituality seems to be making a comeback these days. Counseling therapists have embraced mindfulness. Yoga is quite popular. Hospitals are recognizing its importance for recovery and places of worship are even beginning to broaden their acceptance of other’s beliefs. After all is said and done, we are spiritual creatures seeking out ways to find understanding.

Many years ago Soren Kierkegaard spoke of absurdity when it came to believing in God.  He also detailed three stages (aesthetic, ethical and religious) that most humans experience during their lifetime. Kierkegaard asserted that few attained the religious stage due to their inability to embrace the absurdity of faith. I guess sometimes we just have to accept that we don’t have all the answers and there are things greater than us. Accepting this as so is something modern man has difficulty doing.

As a teen I rebelled against the conservative nature of my family’s religious beliefs. While this iconoclastic approach towards organized belief(s) continues to this day I must admit to having missed a few things. First off, just because someone can’t understand something doesn’t mean that that something can’t be understood. My adolescent hubris sought to reduce everything that might be known to my understanding. Second, going, or not going to church (or any place of worship) doesn’t set a person up as an expert in his/her religion. Third, religions are spiritual quests for understanding the nature of our being and how that relates to a higher power (or plain). An adolescence’s haughty attempts to disprove God (or higher power) might prove myopic, but they did pave the way for questioning – which in many ways is a big part of the spiritual journey.

As the director of the East Greenwich Drug Program for 34 years, I have witnessed a number of trends over time. In addition to substance abuse, mental health has become an ever-increasing concern. It is my belief that behind much of this is an existential crisis – one that speaks to loneliness, alienation, and a quest for meaning. In many ways, those who choose to use substances are attempting to sate these challenges. In short, feeling good, belonging, and achieving a higher sense of consciousness has a spiritual dynamic to it. Also, despair often comes when we struggle with our place in the world. The rise of anxiety and depression speaks to this. While medication and counseling address some of these matters – for many, going on a spiritual quest is necessary.

When poetry fails to touch our hearts and minds something has been lost. When music becomes perfunctory and cannot inspire something has been lost. And when our attempts at spirituality are considered quaint, or beneath the intellect, we have lost the ability to wonder. Our minds have led to the creation of many useful systems and tools. While leading us from the caves these inventions cannot provide the reasons “why.”

Somehow “man” has come to believe that by measuring something it can be controlled. Statistics, best practices, and credentials might be indicators, but, as we all know, scales measure weight not gain or lose it. Trying to prove spirituality, or religion, fails to capture what these are. The same can be said for love. Sure, scientists might determine chemical based brain impulses, but reducing love to chemistry is like trying to chart a boat’s course by measuring its wake. Choice, reflection and emotions are minimized. When we do such things there is an assumption that the world is the sum of its parts. In short, understanding is reduced to what we can prove. When spirituality becomes provable it’s no longer spirituality. Perhaps, some wisdom is necessary. Wisdom is knowledge used prudently. Knowledge without wisdom is but an accrual of facts. Determining that some answers come in the form of acceptance leads us to a greater sense of knowing. Are facts necessary when it comes to the wisdom of spirituality?

Philosophy, history, and spirituality are ways for us to examine the human experience on both the physical and metaphysical level. I sincerely believe they offer reflection and some panache for our life’s journey. Again, this is not any attempt to minimize science, math, or technology – it’s merely an attempt to offer balance and introspection. Hopefully we can always find room to explore the reasons why. Just a thought. See you soon.

Bob Houghtaling is an avid reader, lover of sports and pop philosopher/historian.

P.S.  Make sure to set aside some time to attend Hope in Trying Times: Spirituality, Mental Health and Addiction, May 9th at the First Baptist Church, E.G. The program begins at 7 pm.

Opinion: Read the Directions; At Least Check for Shipping Bolts

By Brian Ricca, EdD The Ricca family has faced a few challenges, transitioning from our life in...

Opinion: ‘Be Curious, Not Judgmental’

By Brian G. Ricca, EdD Our family has been a big fan of the Apple TV+ series Ted Lasso, and we are... 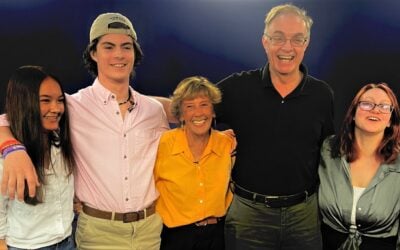