A Fire Station for Potowomut: Is It Really a Good Idea? 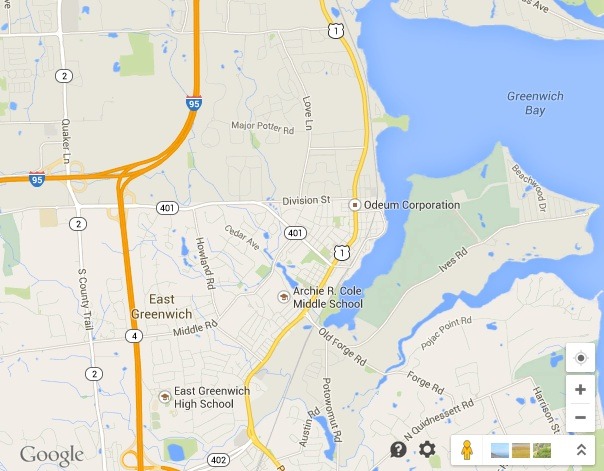 Perhaps a little more background on the proposed and now accepted Potowomut Fire Station is in order. While my lifetime interest lies in East Greenwich, I have long owned a house and lived in Potowomut. Therefore I have an historical interest in this fire station thing to tell. For those not aware, the area known as Potowomut is not physically connected to the City of Warwick. It is a section of Warwick but you have to drive through East Greenwich to get there. Through 400 some odd years there have been moves to get Potowomut attached to East Greenwich but nothing ever took root. It remains a distant cousin to Warwick Proper.

Perhaps 30, maybe almost 40 years ago, we Potowomut residents approved funding the construction of a Warwick fire station in Potowomut. It was never built. In all that time, the East Greenwich Fire Department, for an annual stipend, took calls in Potowomut. Never a problem and I soon decided that a Potowomut facility was whimsey. Give the EGFD(istrict) the money each year as an economy measure and be done with it.

However, back then the EGFD(epartment) was made up of volunteers who could and did turn out legions of seasoned firefighters and paramedics for any emergency in Potowomut. When the department went to paid staff, the number of firefighters and paramedics dropped significantly. So bad was the situation that two people in East Greenwich, in the village itself, died in a house fire because not enough fire staff was available for the emergency. When election time came about, the city council candidate for the Ward covering Potowomut used this episode as a wedge to separate the people of Potowomut from the notion of the EGFD continuing coverage. I well remember the conversation on my doorstep. He maintained that East Greenwich no longer could provide the coverage needed and it was hard to argue with him.

Since then, however, the EGFD has built up a significant staff of paid members and the sad display mentioned earlier is not likely to happen again. I now, again, feel that the Potowomut Fire Station is a waste of money and no longer necessary. How this improves anything in the area remains to be seen. Thirty years ago, I could gauge the attitude of local citizens better than I can today because there are so many new people who have no knowledge of the history of the topic. The Potowomut School is now gone. There will soon be a fire station where it was. From an historical perspective, if they had built the fire station when first approved, it would be a done deal. But time has shown that the need for a Potowomut Fire Station comes and goes, and presently it is not needed. It will take over a decade, perhaps two decades, to be cost effective even so far as the building itself goes, forget staff and equipment. Plus the annual loss of the $300K to the East Greenwich department is significant and will weigh heavily on their taxpayers too.

I credit the present mayor of Warwick for pretty much doing a good job and his recent re-election by a landslide confirms that most voters in Warwick agree. But Mr. Mayor, I have to give you and the Warwick City Council a D on this and there might even be an F in the offing. I feel the loss of the local school was more significant than gaining the fire station. We Potowomians coveted our little school and it was great for our children not to be trucked to another district.

I also give the Town of East Greenwich and the EG Fire District an F for making such an awful transition of their fire department from volunteer to paid-staff. Besides temporarily being grossly understaffed, an ancient and honorable East Greenwich institution was tossed out of its own building. The East Greenwich Volunteer Fire Department did much more than put out fires. Change might be inevitable but it could have been handled much better, and perhaps this is a well-earned payback to the town. As I say, time will tell, but to me, a needed institution, the school, is gone. An unneeded fire station will take its place. And the Town of East Greenwich has lost much more than the $300K annual stipend.

No one has won but taxes will be paid.

Alan Clarke writes about history and enjoys reminiscing about East Greenwich, among other pastimes.