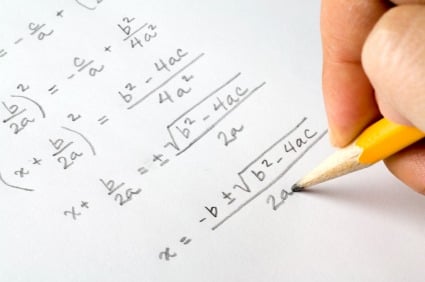 In December, parent frustration over Eighth Grade Algebra I at Cole Middle School bubbled onto social media, where concerns over the level of difficulty, class size and the need for outside tutoring were among the topics mentioned. Administrators, meanwhile, argue while the class is rigorous, nearly two-thirds of students got an A or B in the first quarter and no students got a failing grade.

In grades 7 and 8, students take Math 7 and Math 8 or a higher level course. Students who have top grades and teacher recommendation (or are waived in by their parents) are eligible to take Accelerated Math 7, which includes all of Math 7 plus some of Math 8, and Eighth Grade Algebra I, which includes the rest of Math 8 and all of Algebra I.

“I told my son a B in that class is great – it’s hard!” wrote one parent on the EG Parents for Excellence Facebook page. “… He is more stressed than I possibly have ever seen him. I just want to be sure he is properly learning the material. Also… the kids getting D’s…how will they adapt and move on to harder math in HS? Are they not learning the basics of Algebra? I think the biggest issue is the pace is just too fast.”

Another parent questioned the size of the class: “My daughter is in accelerated math … and is struggling – more so than in any previous school year. I agree with what [Cole principal] Mrs. Meyer have said about it being a challenge to shift to Algebra, but it’s clear to me that there are other factors at play. Personally, I struggle with the fact that my daughter’s class has 31 students. How can any student get the attention he/she needs in a class that size?”

According to Meyers, there are 106 8th graders in the higher level math classes, just over half the total number of 8th graders (210) this year.

“More than any course that students have taken to this point, Algebra I is a rigorous course that requires students to approach mathematics conceptually, to grapple with problems, and to develop the habits of mind that lead to productive learning,” said Math Department Chair Patricia Dulac in a memo released to the press.

As to whether or not parents should be allowed to waive in their child, Principal Meyer said that was a family choice, but she said the fact that the course is challenging shouldn’t be a reason to avoid it, especially during middle school.

That is in stark contrast to years back, when Cole was a “junior high school.” In those years, Meyer recalled, there were five different levels of math offered in each grade. For the students who ended up in the very lowest level of math, it could become a self-fulfilling prophecy, she said, with low expectations leading to low results.

Student success is an indication the course is appropriate, Meyer and Dulac both said. In the first quarter, 25 percent of students in Eighth Grade Algebra I got an A in the class, with another 33 percent getting a B and 34 percent getting a C. Eight students (7.5 percent) got a D in the course. No one failed.

“Really, a solid B in this kind of work is something to celebrate,” said Meyer. “It’s OK for kids to grapple and struggle with these kinds of classes.”

Nearly every East Greenwich student takes Algebra I, said Dulac. The question is when.

“It is not the case that better/smarter students take Algebra I in middle school rather than in high school. When a student takes Algebra I is based on development ability, not cognitive ability,” she said.

But one reason to take Algebra I at Cole is so a student will have room in his or her schedule to take calculus at the high school without doubling up in math classes at some point. Of course, by doing that, they are effectively doubling up in middle school instead.

There is some help for students who are struggling: the teachers stay late one or two afternoons a week to meet with students. But some parents say there are too many students who need help. Some have found help with outside resources.

And, recently, some students established the Math Geek Study Group on Tuesdays after school so students could work together and help each other that way.

Postscript: Patricia Dulac, math chair, said no class exceeds 30 students due to a contractual limit on the number of students allowed per class.

“There are four Eighth Grade Algebra I classes with the following enrollments:  23, 25, 29, and 29,” she said via email.
She said 12 percent of students were waived into the class by their parents.