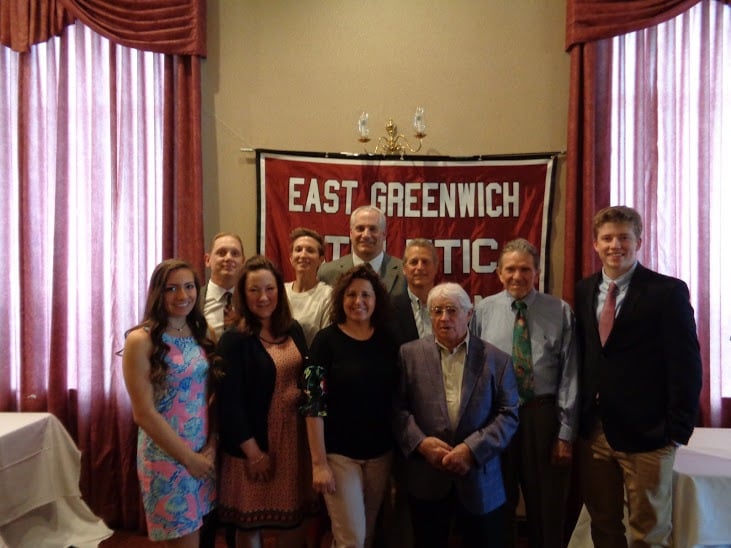 Nothing stirs memory like high school sports. That winning season, that remarkable save, that unlikely star. All manner of memory, together with a large dose of gratitude, was on display at last Saturday’s EG Athletic Hall of Fame dinner at the Quonset ‘O’ Club.

Seven people were inducted into the Hall of Fame, including Allen Pritchard, who could not attend the ceremony because of treatment for cancer. He sent a moving letter, which was read by Christ Hurd (a year ahead of Pritchard in school) in which he praised East Greenwich High School for helping to get him back on a solid path.

You can read more about each honoree here.  And you can watch the speeches of each honoree below. https://www.youtube.com/watch?v=9tDl4qyIVe0