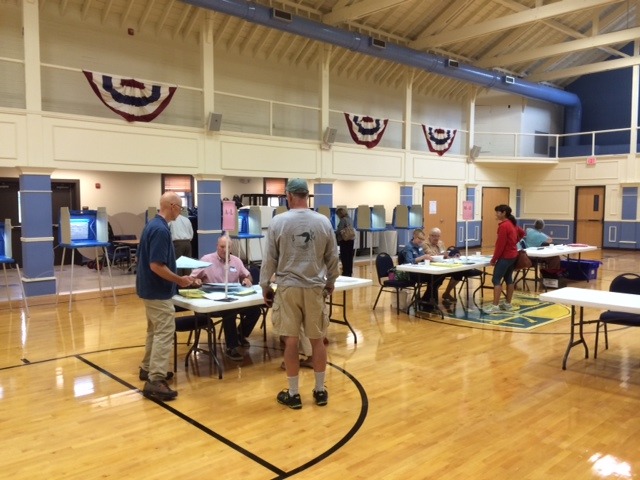 In the end, the five Town Council candidates endorsed by the Republican Town Committee were the same five who were victorious in the Sept. 9 primary, leaving Bob Bolton without a place on the general election ballot come Nov. 4.

Isaacs, who is running for his sixth Town Council term, attributed his win to residents’ satisfaction.

“I think the vote totals are a reflection of the way the Town Council has been run with the other council members over the past two years,” he said.

“It’s very, very exciting,” said Todd, who spent part of the day outside the polling station at Frenchtown Elementary. “I got to meet a lot of voters.” That personal contact seemed to make a difference, he said, noting that his vote total at Frenchtown – 182 – was his strongest across the precincts, coming in just three votes behind top vote-getter Isaacs.

This was Ed Field’s first taste of electoral victory – or election of any kind – since he won election as class president his senior year in high school and it felt good.

“I appreciate everybody who voted for me,” he said. “If I make it through the general election, I will be happy to represent them.”

Gene Dumas, while happy to have won, was already turning his thoughts to the campaign ahead.

Check out all the vote results at the R.I. Secretary of State’s website here.