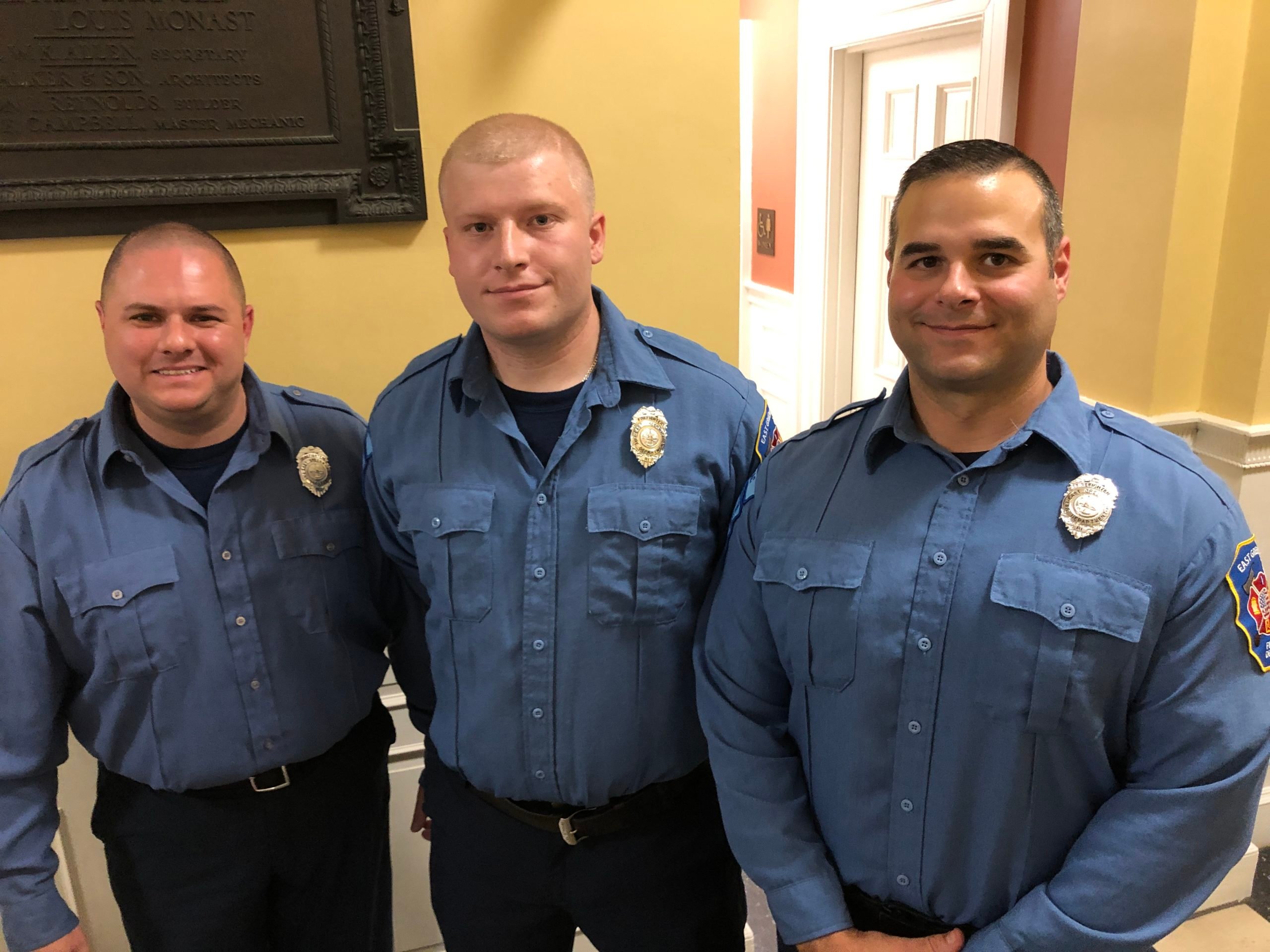 Town Council Chambers was filled with well wishers and the EGFD Color Guard Monday night (10/28) for the swearing in of three new firefighters: Patrick Sullivan, Mathew Mascariote, and Richard Collins.

Fire Chief Bernie Patenaude introduced each man to the Town Council before he was sworn in by Town Clerk Leigh Carney. All three new hires came from other fire departments, reducing their training time by several weeks. The fire department is now two firefighters from full staffing, after two firefighters resigned to join Cranston FD earlier this month.

Firefighter Sullivan came to EGFD after a two-year stint in Coventry. He was pinned by his father, Central Falls Deputy Chief Keith Sullivan.

Firefighter Mascariote was a full time firefighter for the Anthony Fire District before joining the EGFD. He was pinned by his wife, Pamela.

Firefighter Collins was a firefighter at Anthony FD and Central Coventry for more than 10 years total before joining EGFD. In addition, he’s done part-time dispatch for EG since 2015. Collins was pinned by his father, Richard Sr. 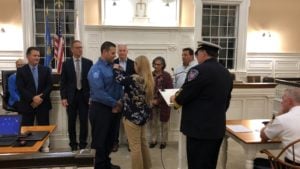 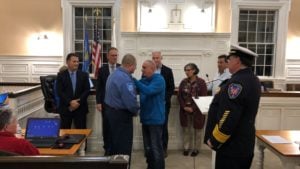 Firefighter Richard Collins is pinned by his father, Richard Sr. 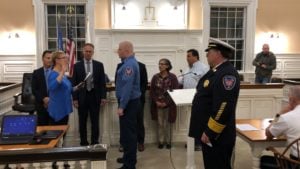 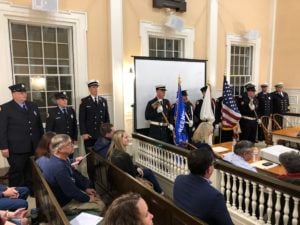