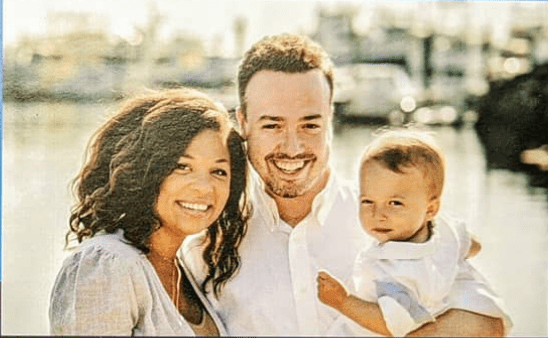 Above: Dylan Conley with his wife, Jenica Reed Conley, and son, Copeland.

The pandemic was Dylan Conley’s first spur to run for office – he was frustrated with the nation’s haphazard response. But it was local protests that followed the death at the hands of police of George Floyd in Minneapolis, Minn., gave him hope and inspiration. The result was his decision to take on 20-year Congress veteran James Langevin in the Democratic primary Sept. 8. 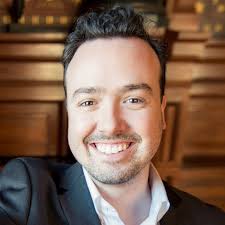 It’s an uphill climb. Langevin won 63 percent of the vote in 2018. The last time Langevin faced a primary challenge was in 2016, and he won with 64 percent of a vote split between three candidates.

Regardless, Conley, 33, believes it’s time for change in Congressional District 2.

“When the pandemic first hit, I was very, very frustrated with the failure of all the systems that govern it and push American life,” Conley said during a recent interview. After downtown Providence was hit by looters one night in June, rumors swirled the next night that looters were going to hit the West End of Providence, where Conley lives with his wife, Jenica Reed Conley, and their young son, Copeland. He slept in his son’s bedroom that night, a flimsy bulwark against potential mayhem, he said, but it was the best he could do.

“I spent the whole night thinking through the different systems, from an economic and inequity and justice perspective. I decided I was going to run. But I was coming from a place of anger. Then when I went to the Black Lives Matter protest and I saw the human power and, in the middle of the pandemic, the largest protest march in the history of the state. The demand for change – I’ve never seen that in my entire life.”

He moved from a place of anger to a place of possibility: “It pivoted me from a ‘Rome is burning’ perspective to this is an opportunity to rebuild Rome. And I became hopeful that maybe we’re going to be able to do more in the next two years than we’ve done in the last 50.”

Conley grew up in East Providence and attended Catholic schools, graduating from La Salle Academy, then attending Boston College (his degree is in political science and history with a minor in philosophy) then law school at Florida State University, where he met his wife.

They settled in Providence, where Conley works at the law firm founded by his father, William Conley, specializing in municipal, land use and labor law. Conley serves as chair of the Providence Board of Licenses.

Conley said he decided to run against Langevin because he doesn’t think Langevin has done enough during his time in Congress, noting Langevin had only passed two pieces of legislation during his years as a representative.

“My focus is what I call ‘gush up’ economics. It’s about reversing the flow of money to the economy from trickle down,” Conley said. “Trickle down is particularly inefficient for Rhode Island because it focuses on large firms and billionaires and we don’t have a whole lot of those walking around. What we have is small businesses and we have working class families.”

Conley arges for expanding the earned income tax credit and the child tax credit and a $15 minimum wage, cutting taxes on a person’s first $50,000 of income and making corporations cover payroll taxes.

Conley said one problem with Congress is that too many members are part of what he calls the investor class, including Langevin, who Conley accuses of making stock trades that proved beneficial after the passage of certain legislation. (Langevin disputes that characterization – read more HERE.)

Conley, who spoke in favor of the “green new deal,” also faults Langevin for not being active enough on environmental issues, particularly climate change. He said defense spending needs to focus on the real threat of climate change and suggested defense jobs and federal money to Rhode Island could be repurposed toward green jobs.

“Just because something is intangible doesn’t mean it’s not dangerous,” Conley said, noting the COVID-19 pandemic, too, was an intangible we weren’t prepared for and that maybe that will help us better address climate change.

Conley was hard-pressed to identify any U.S. representatives he admired, instead listing senators, including Kamala Harris, Elizabeth Warren, and Cory Booker. In terms of role models, Conley said his was Bobby Kennedy, who was assassinated during his run for president in 1968.

Kennedy said violence is not just the violence between two men, it’s the violence of systems, said Conley. “It is the violence of inaction. That is what I perceive to be America’s true challenge. We don’t really have interpersonal problems. We have system problems. And we ignore the problems because they don’t have a face. But they are menacingly violent.”

Conley said health care and education are two such systems.

“We’re only going to be as healthy and dynamic as we can be if the base of the economy isn’t worried about where their next meal is going to come from, about whether or not they’re going to keep a roof over their heads. When we think about education and health outcomes, it’s impossible to have those conversations without talking about poverty. We impose on teachers – how come these students’ test scores are so low? But then we have studies that schools are responsible for about 30 percent of education outcomes. The other 70 percent is driven from home. That’s an economic equity issue.”

Conley said he’s come to see life differently since he got married and became a parent. Jenica is Black and their son is bi-racial.

“I have to try to see the world the way my wife sees the world. As a white guy from Northeast private schools trying to perceive the world as a Black woman from the South, it pushes you to really open your mind a lot.”

Thinking about economics and government used to be theoretical for Conley.

“What’s happened to me over the last four years of my life is I’ve found those downstream impacts aren’t just intriguing, they’re devastating. They’re not something I’m willing to tolerate.”