2020 Budget Hearing: ‘What a Difference a Year Makes’ 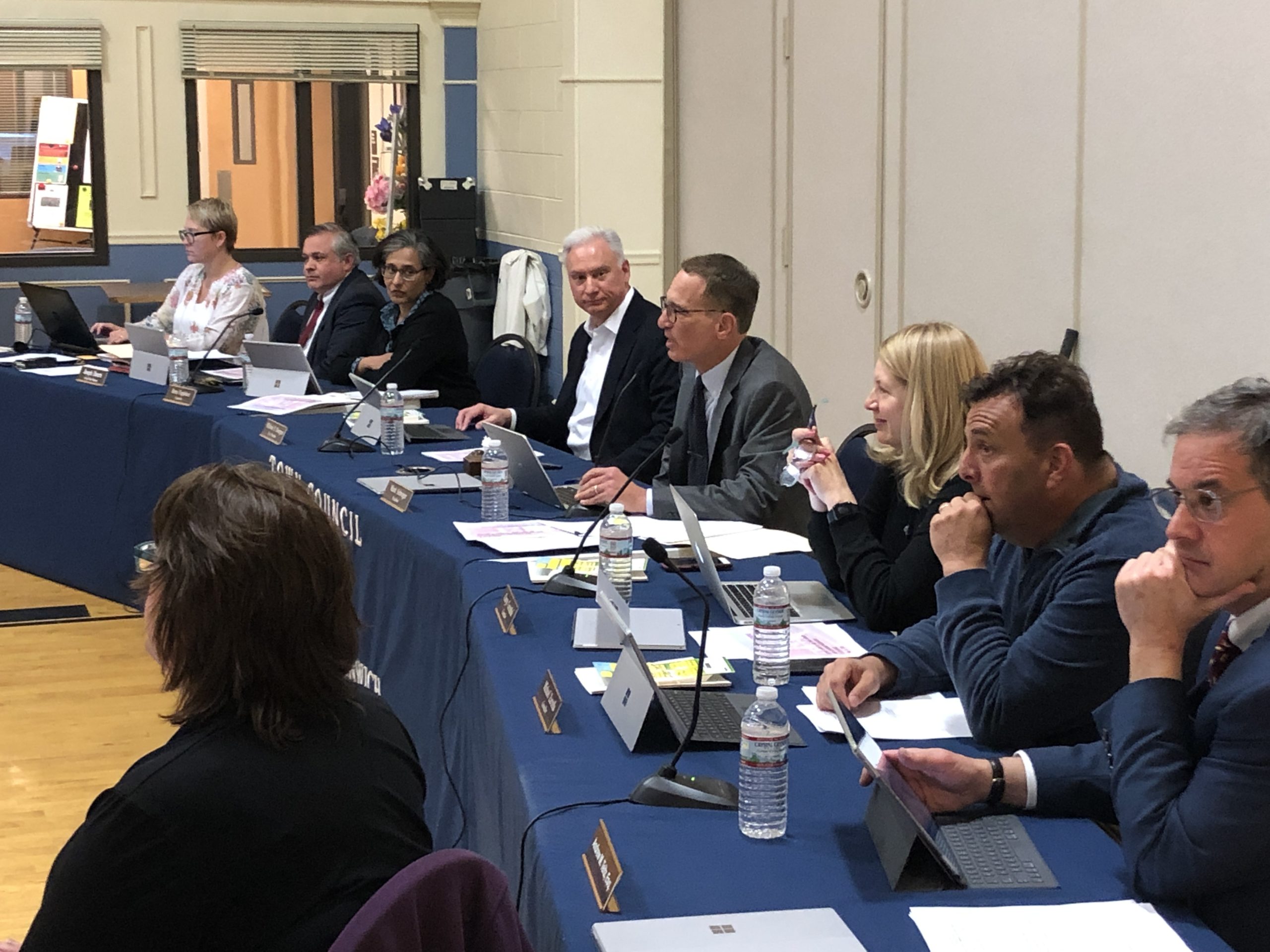 The budget hearing with the School Committee Monday night was a victory lap of sorts for the Town Council, which is poised to approve a $62.6 million budget that is $660,000 lower than the current 2019 budget, returns more than $500,000 to the town’s reserves after a $2.7 million depletion of that fund the past two years, and fully funds the School Committee’s budget request.

There will be a tax increase of 0.9 percent for homeowners (21 cents per $1,000 assessed value, a $23.21 tax rate) and 1.9 percent for businesses (44 cents per $1,000 assessed value, a $23.44 tax rate). The town is planning to bond $2.5 million to fund capital expenses and will put a $5 million school bond referendum for capital projects (40 percent eligible for state reimbursement) before the voters this fall. Find more about the budget here.

While there were around 35 people at the hearing Monday, most were either town employees or elected officials, a big change from the budget hearings of the past two years, in which dozens of residents came, most to express their displeasure with the Town Council.* 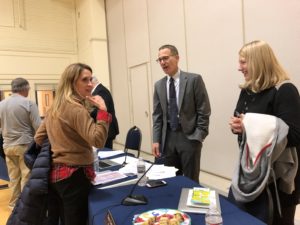 “What a difference a year makes,” said resident Sharon Siedliski, the only person to speak during public comment. “I just want to thank you publicly. Thank you for working together and restoring my confidence in this town.”

“I’m hearing a tremendous amount of support for the schools. For that, I’m deeply thankful,” Mark said.

Since both the Town Council and the School Committee were familiar with the budget, the only real issue to come up Monday was a recent development on the schools side with regard to field trip funding. State Commissioner of Education Ken Wagner issued an opinion on the question of parent fees for education – an opinion solicited by the EG School Committee – that stated schools could not charge parents for school-related field trips.

Supt. Victor Mercurio said at this point the 2020 budget did not have a budget line to accommodate Wagner’s opinion. But he said the district had come up with a funding solution for the 2019 end-of-the-year school trips: money set aside midyear to hire a behavior specialist. The position has proved difficult to fill, Mercurio said, and the district most likely will not have someone in place until July 1, the start of the 2020 fiscal year. So, he had redirected that money to fund those trips that are usually covered by checks from parents. 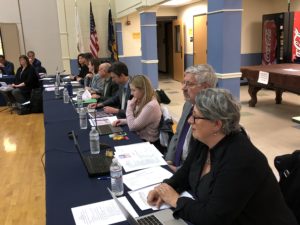 Going forward, said the School Committee’s Mark, “I think it’s inevitable that we’re going to have to build in more funding for field trips. But not 100 percent.”

Fundraising is allowed, according to the Wagner opinion, but how that would work is still being discussed.

Wagner was in his final days as commissioner when he issued his opinion. It’s unclear whether or not the new commissioner, Angélica Infante-Green, will revisit the issue.

Other than that issue, the budget hearing passed unremarkably. Council President Schwager was visibly pleased.

“I’m very happy to fully fund the schools,” he said. “It’s very gratifying to be able to deliver this budget to the town.”

By Town Charter, the council must approve the FY 2020 budget by June 10.

The town began videotaping Town Council meetings on Monday. To view that meeting, use this link (but be warned: clicking the link will start a download of the video, which is about 1 GB in size): https://www.eastgreenwichri.com/DocumentCenter/View/2869/May-13th-2019-Town-Meeting (https://www.eastgreenwichri.com/DocumentCenter/View/2869/May-13th-2019-Town-Meeting). In the near future, the videos will be synced with the agenda and will be able to be viewed without downloading, according to the town’s IT department.

*That displeasure found its voice in the ballot box last November, when then-President Sue Cienki and Councilman Andy Deutsch, the two incumbent Republicans who ran for reelection, were defeated by wide margins. The only councilman who consistently opposed the majority, Democrat Mark Schwager, got the most votes. Schwager, now council president, was joined by four newcomer Democrats, Caryn Corenthal, Mike Donegan, Renu Englehart and Mike Zarrella. For more, read this.