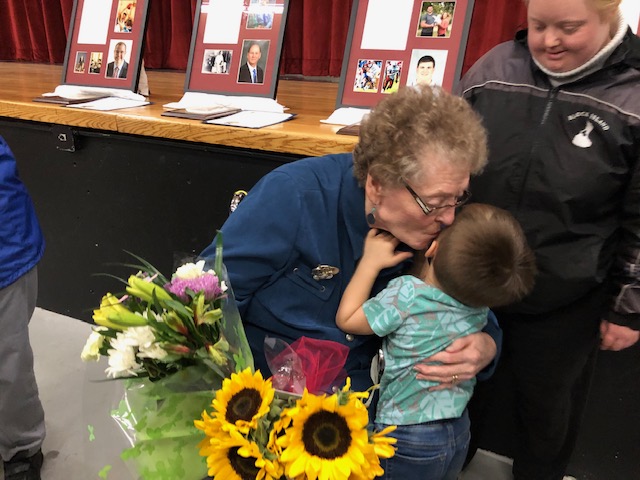 From LaPlume’s recounting of the early days of Kent Hospital as a nurse to Carney’s certainty that the 1980s were the absolute best decade in the 20th century to Guckian’s shout out to former 4th grade teacher Judy Stenberg to Brennan’s gratitude to all those in the community (many in attendance) who helped him become the person he’d become, speeches were heartfelt, moving, and at times very funny. (Tom Wort could not attend.)

Council President Mark Schwager, who did not attend EGHS, was given a special award for his commitment to the community.

Below are video’s of the four inductees, as well as several photos:

East Greenwich News is a nonprofit organization. Help us keep reporting on local issues – use the button below to make a donation or send a check to EG News, 18 Prospect St., East Greenwich, RI 02818. Thanks!