Two cars were stolen Sunday night, June 29, and a third vehicle was moved from a driveway to the middle of the street, according to East Greenwich police. Both of the stolen cars were found on Wednesday in Hartford, Conn. 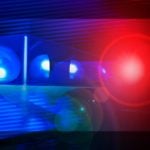 Police were called to Knollwood Avenue around 3 a.m. Monday on a report of a car that had driven into a bush there. Police only found parts of the car including the front bumper, indicating it was from an Infiniti. Police then found a car parked in the middle of the road on Virginia Avenue in the same neighborhood. That car had been moved from a driveway on the street and left there.

Police were able to trace the Infiniti through ID numbers and learned the car had been located in Voluntown, Conn., by the state police there. It had been reported stolen in Torrington, Conn.

The last time there was an incidence of multiple stolen cars in East Greenwich was in July 2014, when 4 cars were stolen and as many as 20 were broken into (read more HERE).