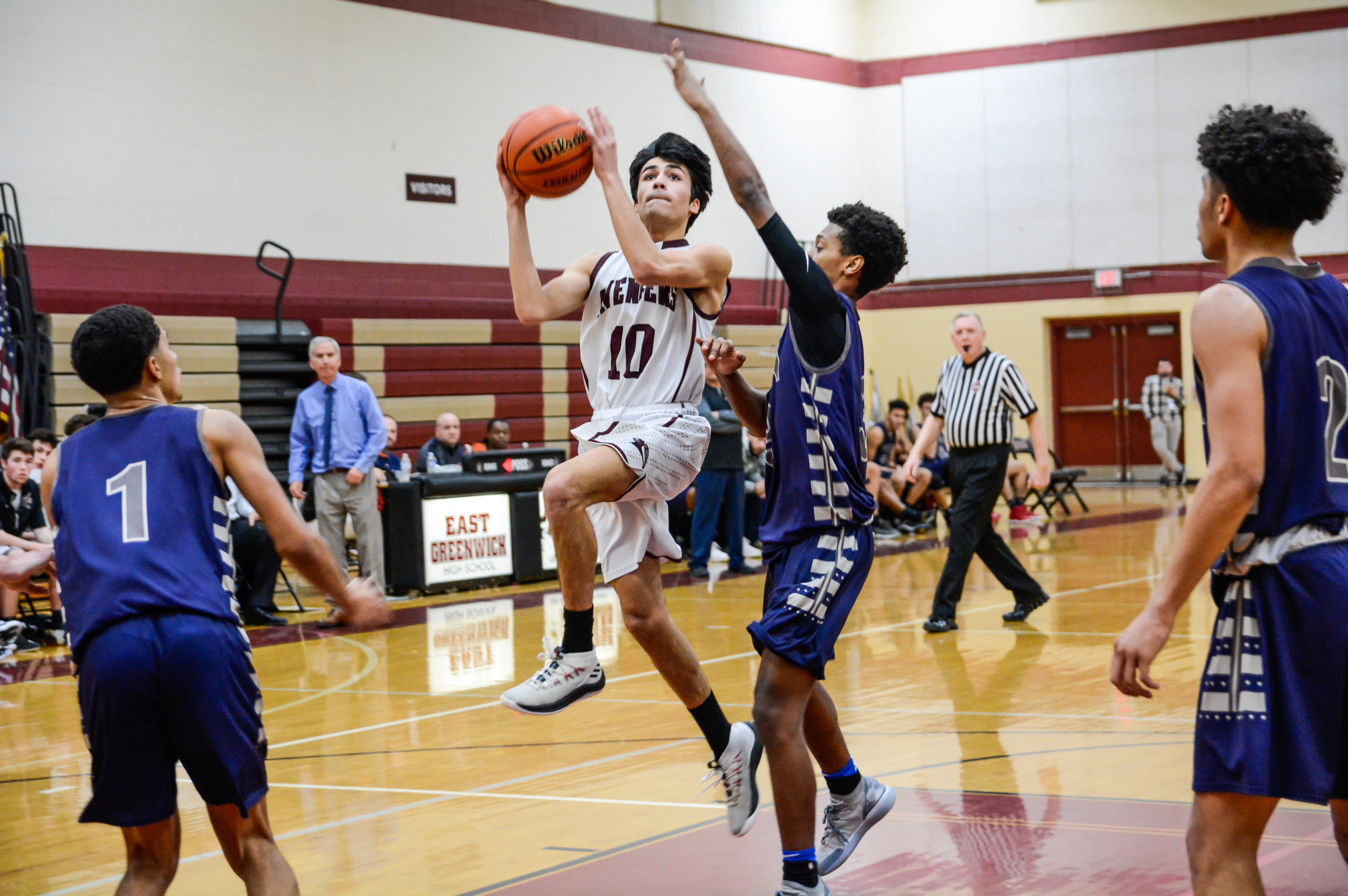 Photos and Story by Chuck Nadeau

The game started off just about even through the midpoint of the first half. Both teams ran the floor and stayed inside for the most part. Then Shea started lighting it up from the 3-point arc and pulled ahead by 10. EG called a timeout to talk thing over and came back putting full court pressure on Shea. That helped; by the end of the first half, EG was up by a point, 29-28.

In the second half Shea worked both the inside and outside game and again pulled ahead. EG was not able to answer back even with #10 Isaiah Silva getting a technical foul for being a little too loud with his opinion on a call.

Find all of Chuck’s photos (which you can order) at www.chuckn.com.

EG’s Patrick Shea #3 goes high for the layup as Shea’s #1 Marquis Gomes tries for the block.

The Avenger cheerleaders during halftime at the boys game against Shea Monday.

On Tuesday, the Avenger Girls lost to St. Mary’s Bay View, 47-54. The game started with four scoreless minutes, after which both teams started shooting 3 pointers, matching basket for basket. The first half came to an end with St. Mary’s up by a single point, 21-20.

In the second half, EG had problems putting the ball in the net and St. Mary’s took advantage of that to go up by 12. EG struggled back to within 2 but after intentional foul shots by St. Mary’s, the Tigers pulled ahead with the win.

Find all of Chuck’s photos (which you can order) at www.chuckn.com.

EG’s #15 Kathleen O’Connell drives the middle and is met by #35 Madison D’Ambra and #2 Antonia Corsinetti.

EG’s #23 puts one up backward and off the board for 2 with #44 Nicole DeCiantis not able to get there in time.

#12 Skyler Sullivan launches one in the key with St. Mary’s #35 Madison D’Ambra and #23 Hunter Grenier looking on.