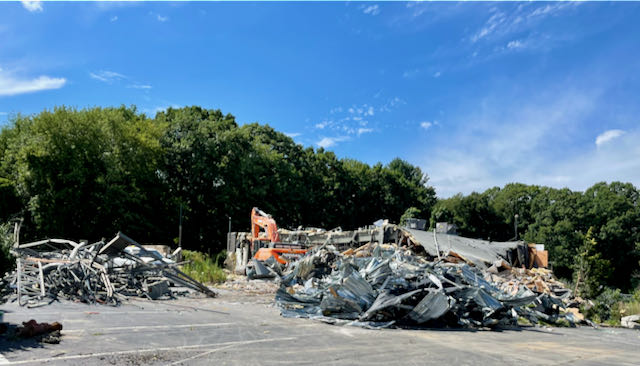 Above: The former 1149 Restaurant being torn down on Division Street at Route 4 to make way for a Neon Marketplace.

The former 1149 restaurant building started coming down this past week, making room for construction of a new Neon Marketplace and gas station at the site on Division Street across from the Route 4 on and offramps.

Neon stores are kind of super-charged convenience stores with open flame pizza ovens, a wide array of coffee drink options, grocery items and seating. They also have gasoline pumps and electric car charging stations. There is a Neon Marketplace at Post and Airport roads in Warwick (see photo at bottom).

The property is in Warwick, so it is not subject to East Greenwich oversight, although the town was notified as an abutter when developers first submitted the proposal.

“It was several years ago that the planning staff and I met with the developer and legal counsel in our initial review of the proposal,” said EG Town Manager Andy Nota. “At that time it was clear based on the property and project being located in Warwick that our involvement would for the most part be limited to traffic impact.”

Since the developer’s initial application, they have come back to the City of Warwick for a proposed car wash for the land just east of 1149 Division St., which was formerly occupied by a single family home and more recently has served as a staging area for the Dept. of Transportation’s construction of a new Division Street bridge.

The carwash is still going through the regulatory process.

“Our planning staff did recently speak with the planning staff in Warwick and it is our understanding that the intersection and traffic flow on Division Street is a major focal point of RIDOT which is also reviewing the proposal,” Nota said. “The intersection already has a traffic light present which is helpful and I’m told RIDOT is also reviewing any potential impact on the bridge work that is under construction.” 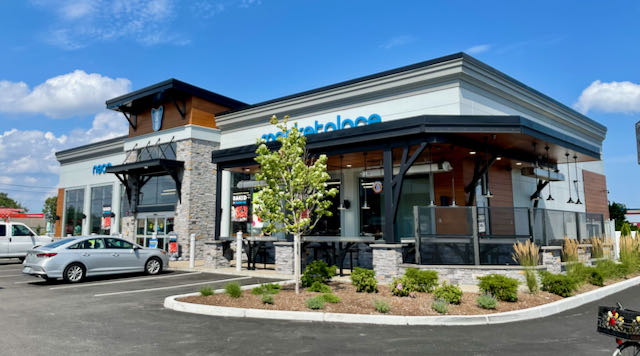